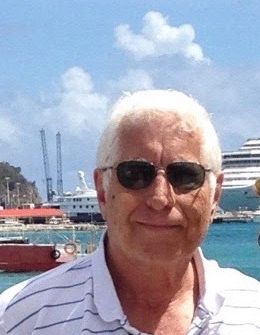 Albert Eugene Ketchum was born June 7, 1940.  He was the youngest child of Alvin (aka Stub) and Esther (Peterman) Ketchum.  He joined his brother, Lester, and his sister, Maxine at home.  Al attended local schools, including Lowell High School.  Al met Phyllis Strouse and they married on December 5th, 1959.  They went on to deliver and raise four children, Sue, Scott, Mike, and Brenda.  Through the years there was camping, snowmobiling, and backyard swimming parties with family and friends.  In the later years there were numerous family trips to Detroit ballgames, Arizona, Las Vegas, Florida and the Caribbean Sea.  For years we have had Ketchum, Peterman, and Strouse family reunions, celebrations and Christmases.  From kids and their spouses to grandkids and their spouses, and now great grandchildren, Al would make sure to call all his family on their birthdays.  He enjoyed going to sporting events to watch his grandchildren and great grandchildren.  Some of his favorite times were when any or all of us would go out to a restaurant.  He never let anyone pick up the tab.  He always had two loves of his life, his family and his job.  He loved working.  He worked for sixty plus years.  His first job was for Bergy Brothers Elevator in Alto as a semi-driver for five years.  He moved to Attwood Corporation in Lowell as an office worker for five years.  Next he was employed at Triad Container as a plant manager from 1971-1974.  Then at Northland Paper Board for ten years.  Vans Delivery Service for eighteen years.  Most recently, Al finished four decades of driving retiring from Holland Special Delivery on January 21, 2019 after eleven and a half years of driving semi.  He still remains in contact with his co-workers.  Through the life he lived each day, Al touched the lives of so many around him.  He had a great work ethic, drove with passion, and as completely dedicated to each job.  Although he faced trials, Al’s strength and courage were admirable.  Life will never be the same without him here, but he leaves behind family with a priceless collection of memories that we will each hold close to our hearts the remainder of our lives.

Albert Eugene Ketchum, age 79 from Lowell passed away on June 29, 2019.  He was preceded in death by his son, Scott, his parents, Alvin and Esther (Peterman) Ketchum, his brother, Lester and his sister and brother-in-law, Maxine (Ketchum) and Bryce Post.  He is survived by his wife of 59 ½ years, Phyllis (Strouse) Ketchum and their children Sue (Don) Sherwood, Mike (Dawn) Ketchum, and Brenda Schullo, his grandchildren  Ken (Tiffany) Sherwood, Craig (Ariel) Sherwood, Alex (Melissa) Ketchum, Brent Ketchum, Erika Ketchum, and Zacharay Treadwell and his great grandchildren Laynie Sherwood, Kensley Sherwood, Brylee Sherwood, Adalynn Ketchum, Skylar Ketchum, Nolan Ketchum, and Cairgan Sherwood, along with several in-laws, nieces, and nephews.  We would like to thank Great Lakes Caring Hospice especially Patricia, Christi, and Chuck for all their help and care.  Without them we would not have been able to keep dad at home and fulfill his wishes.  We are thankful for all the visits from friends and neighbors.  Visitation will be Tuesday, July 2 from 6-8pm at Roth-Gerst Chapel, 305 N. Hudson , Lowell.  Funeral service will be held on Wednesday, July 3 at 11am also at Roth-Gerst Chapel, with visitation one hour prior, Dr. Roger LaWarre presiding. In lieu of flowers, donations can be made in Al’s name to Great Lakes Caring Hospice, 630 Kenmoor Ave SE #200, Grand Rapids, MI 49546