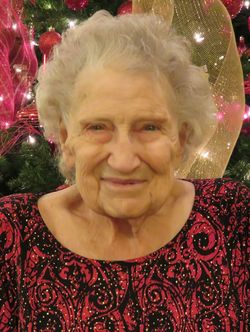 Alice Helen Dalton nee Crandall was born 8/19/1922 to Estella and Vern of Mosherville, MI. Alice passed away in Grand Rapids, MI, Saturday, July 22, 2017.  Alice was married to Clarence Michael “Mike” Dalton who passed away in 1964. Alice was the oldest of 3 children. She was preceded in death by her daughter Joyce Jean Boulanger, brother Donald Crandall, sister Margaret Hiatt, and son-in-law Daniel Beckmann. Alice leaves behind her daughter Margaret Anne Beckmann; grandchildren Jeffrey Simon, Matthew (Lili) Simon, Daniel (Lyndsey) Beckmann Jr., Brooke (David) Karl, Bryan Beckmann, and Adrian (Jim) Koenig; great-grandchildren Alyssa Beckmann, Briceton Simon, and Somer Simon; and family friend Debbie Cole.  Alice was also dearly loved by her nieces and nephews (Cheryl, Beth, Brian, Pam, Dave, Jim, Sandy, Dick, and Judy) and their children who called and visited her regularly. Alice graduated from Jonesville High School in 1939 and attended Foote Hospital School of Nursing where she earned a degree as a Registered Nurse.  Alice joined the Army in 1944 after her brother was killed when his plane was shot down in the Adriatic Sea.  She served overseas as a nurse in Army hospitals in London and France during World War II.  Upon her return, she worked at Foote Hospital.  She met and married Mike and they resided in Lansing, MI where they raised two daughters.  Upon Mike’s death in 1964, Alice began her career at the American Red Cross where she was affectionately nicknamed “Ace” by her friends.  She worked at the Red Cross for over 30 years.  Alice supported her children in many school events and was also a Girl Scout Leader.  She was active in Asbury Methodist Church in East Lansing, MI,where she volunteered in the quilting circle and assisted with taking blood pressures.  Alice moved to Sunrise Senior Living in Grand Rapids, MI, in 2012. She enjoyed participating in activities and was a trivia and games champion. She was loved by the many caring staff who helped her find peace and comfort in her daily life.  Alice will be remembered by her family as a gentle, kind, and compassionate person who served God, her country, and her family with grace and humility.  Material possessions were not important to her, rather she enjoyed family, friends, and conversation.  Alice will be buried in her hometown of Mosherville, MI, next to her husband following a service Friday, July 28, 1:00 p.m. at the Mosherville Community Church, 1520 North St, Mosherville, MI 49258. The family will meet with friends and relatives one hour prior to the service at the church. In lieu of flowers, the family requests donations to the American Red Cross, 1050 Fuller Avenue NE, Grand Rapids, MI 49502-3032.