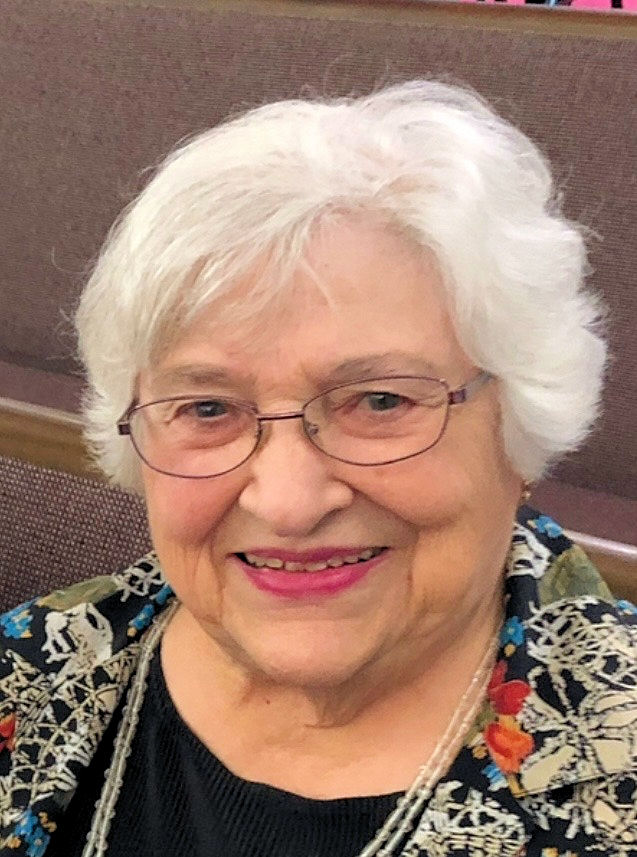 In lieu of flowers, please consider a donation to two of Annie’s favorite charities that represent her love for her neighbors, locally and globally:

Annie Laurie Mulder was an angel among us. Annie had a passion for helping others and living her Christian faith. Whether it was being a wife, mother of four, mother-in-law, grandmother of sixteen or her work as a nurse, church volunteer and community leader, she influenced many lives. Always among the first to volunteer and to give of her talents and resources, she inspired the same among her children and community.

Annie Laurie (Hubbard) Mulder passed away on May 27, 2022, at her home in Grand Rapids, Michigan, surrounded by family. Annie was born at home in Pierson, Michigan, on February 5, 1935, to Charles and Alfreda (Liichow) Hubbard. She grew up on a farm and was very close to her grandparents, William and Annie Liichow. She was joined at home by her younger brother Gary. Annie was raised in the Evangelical United Brethren Church which later became the United Methodist Church.

The highlight of her summers was the annual Fahner reunion where she developed a close relationship with her many cousins. Annie excelled academically at Howard City schools, graduating as valedictorian. She continued her education at Blodgett School of Nursing in Grand Rapids, graduating as a Registered Nurse in 1957.

During nursing school and at a church dance, she met Allen Mulder, a young man from Wyoming Park who was working at General Motors. While they were dating, Al took a two year leave from his job to join the U.S. Army. During that time, they became engaged and were married in Howard City on January 18, 1956. Annie then joined Allen in Washington State. They often spoke fondly of their time together in their early marriage and their chance to travel.

Upon their return to Grand Rapids, they continued their careers, Allen as a millwright with General Motors and Annie as a dedicated nurse. Annie had a 40-year career in nursing which included time working at Blodgett Hospital, Porter Hills retirement community and the Holland Home retirement community. She specialized in geriatric nursing and was a skilled trainer who taught hundreds of health care workers how to provide compassionate care to the elderly.

Annie and Al had five sons, Craig, Kevin, Cliff, Keith (died at birth) and Kenneth. They lived over 40 years on Bailey Dr and loved being in the country. Annie was a loving Mom who fostered a love of learning in all of her sons. While raising her family, she taught preschool and remained working as a nurse. She was active with Lowell First United Methodist Church serving in many volunteer roles including a district representative for the United Methodist Women. She served as a den mother, Sunday school teacher and member of the Lowell School and Lowell Library Boards. She lived an inspiring life and her strong values set an example for her family and community.

As a deep thinker and lifelong learner, she fostered a love of learning in her sons and their families. She was a strong supporter of public education. She took pride in the many academic achievements of her family.

In retirement, Al and Annie had a chance to travel the United States and especially enjoyed going out west and camping. They also arranged times for their children and grandchildren to be together. Cabin’s Week at Platte Lake is an annual tradition the entire family has cherished for 30 years. Grandma/Gigi developed a close relationship with all of her grandchildren and great grandchildren. Through advent gifts, homemade birthday cards, Easter egg hunts, phone calls and emails she stayed close to her family.

Annie was blessed by her relationship with close friends including Barbara Berkompas, Marsha Wilcox, Donna Bieri, Greta Parsons, Sue Behnke and many others from Lowell and Clark retirement community where she lived her last eight years with Al. Annie was thoughtful and empathetic. She was always the first to offer a compliment, write a special note and hold a hand when a friend was in need.