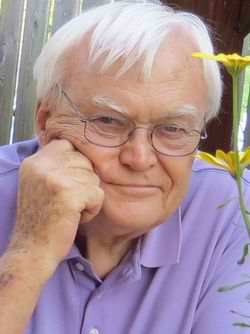 RUPERTS DDS, ARNOLDS, Colonel USAR Retired, passed away at home surrounded by his family, Saturday, December 6, 2014, after fighting leukemia since May, 2013. He was born on April 2, 1932 in Latvia. In 1944 his family was forced to flee from the Soviet invasion of Latvia to Germany, where they spent five years in displaced persons camps. In 1949 he came to the United States and has lived in Grand Rapids since 1950. He graduated from Grand Rapids Junior College in 1953 and earned his DDS degree from the University of Michigan in 1957. He joined the army in1957 and spent two years on active duty in Germany. In 1959 he joined the army reserves where he served until 1992, having earned the rank of Colonel and receiving two Army Commendation medals and an Army Achievement medal. He was a member of the American Legion, and the Army Navy Club of Grand Rapids. In his private life he, had a successful dental practice, from which he retired in 1997, and was a member of the American Dental Association. Dr. Ruperts was also an active member in the Latvian community. He served on the board of the Grand Rapids Latvian Lutheran Church, for 17 years as president. He was a member, as well as serving on the board of various Latvian organizations. Arnolds Ruperts was married to Liga Zirnitis in 1957. He helped his wife develop a successful week long ethnic heritage camp (3×3) for Latvian families in 1981. The camp is now held annually in Latvia, United States, Australia, England, and Ireland. He and his wife have organized and participated in many of these camps over the years. Dr. Ruperts enjoyed traveling the United States, Latvia, Europe, and much of Australia. He spent almost every summer in Latvia, since it became an independent country again in 1990. He will be missed by: his wife Liga, their son Arnolds, grandchildren Anita, Arnolds, Andrejs, their mother Liga, extended family, and friends in the United States, and Latvia. A Memorial Service will be held Monday, December 15, 1:00 p.m. at the Latvian Evangelical Lutheran Church, 1780 Knapp St. N.E., Grand Rapids, MI, Rev. Ilze Larsen officiating. The visitation will be held one hour prior to the service at the church. Contributions in Dr. Ruperts memory may be made to the Latvian Ethnic Heritage Camp (3×3) (for the upcoming book about the Ethnic Heritage Camps in Latvia) c/o 2141 Brunsink Dr. N.E., Grand Rapids, MI 49503.