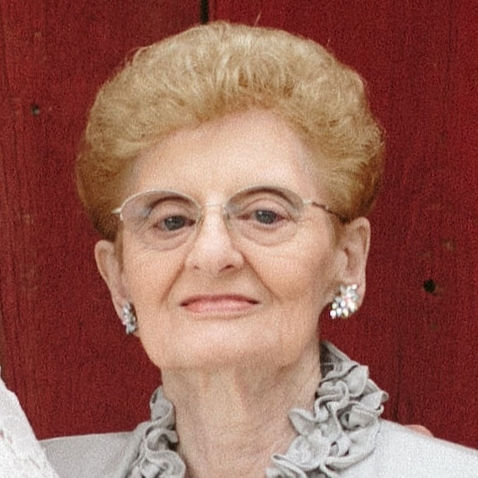 Barbara Jean Guthan Sleziak, 92 years old, went home to the loving embrace of God the afternoon of January 9, 2022. The night before, she enjoyed seeing photos of her great-grandchildren, Tomek and Zosia. She was pleased to learn that a bed she purchased 65 years ago for her daughter, Kathi, was going to be passed on to Tomek who turned 1 year old on January 5th.

Barbara was preceded in death by her parents, Ida (Billie) and Norbert (Bert) Guthan; and two sisters, Toni Olson, and Patricia Yelton. She is survived by her loving husband of 70 years, Joseph of Grand Rapids; and her two daughters, Sr Katheryn Sleziak, OP of Grand Rapids, and Jamie Sleziak VanDeusen and husband, Jeff of Marysville MI. She is also survived by her sister, Suzy Tolhurst of Grand Rapids. She will be missed by her three grandchildren, Christopher VanDeusen, his wife Ania and their two children, Zosia and Tomek of Reston VA; Adam VanDeusen of Bloomington IN; and Kathryn VanDeusen LeMerise and husband, John of Victoria, Australia as well as many nieces and nephews.

Barbara grew up on Fourth St on the West Side of Grand Rapids MI.  She was the third of the four daughters of Billie and Bert Guthan. She attended St James Grade School and Catholic Central High School.

Barbara loved working on home improvement projects. As a girl, she would accompany her dad on painting and wallpapering jobs. She and her dad would load up a red wagon with a ladder and all the supplies and wheel it over to the job site. When Barbara had her own home, she usually took charge of the painting and papering which was always done to perfection.

Barbara lived just down the street from her future husband, Joseph Sleziak. They married on June 10, 1951, at St James Church. She was a wonderful mom, wife, and grandmother. Barbara was fun-loving and left us with many stories that get told over and over.  Barbara shared her love of sewing with daughter, Jamie. As a team they made Jamie’s wedding dress and two bridesmaid dresses.

The family is grateful for the care given Barbara by the staff at Heather Hills and Faith Hospice.

A funeral service has taken place for the immediate family followed by interment at Holy Cross Cemetery in Grand Rapids, MI. The family is planning a graveside celebration of Barbara’s life for friends and family this Spring. In lieu of flowers, memorial donations may be made to the Grand Rapids Dominican Sisters, Director of Development  2025 E. Fulton Street Grand Rapids, MI 49503-3895 or the Humane Society of West Michigan, 3077 Wilson NW Grand Rapids, MI 49534.