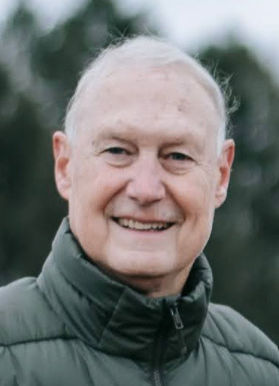 Barry Raymond Hillmer passed away at his home in Grand Rapids, Michigan on September 10th with his son by his side. Barry was born on May 3rd, 1946, in Flushing, NY, to Raymond and Dorothea Hillmer. Barry is survived by his son, Rory Hillmer. He is preceded in death by his parents; Dorothea & Raymond Hillmer.

Barry grew up in New Hyde Park, New York. In 1968, Barry graduated from Lafayette College where he studied history and enlisted in the ROTC the following year. Barry served in the U.S. Military as a second and first lieutenant for two years. In that time, he was awarded a Vietnam Service Medal, Vietnam Campaign Medal, National Defense Service Medal, and Air Medal for his overseas military service in the Vietnam War.

After his military service, Barry lived in Indianapolis, Chicago, and Grand Rapids.  He worked at Stanley Black & Decker before starting his own business, Hillmer Marketing Inc. and later went on to join Impact Group.

Barry enjoyed golfing with his son and friends in leagues around Grand Rapids. He enjoyed traveling the world to Australia, Ireland, Thailand, Hawaii, the Caribbean and more. Barry also loved his students and teaching English as a Second Language. Most of all, Barry enjoyed hearing and sharing good stories, wine, and coffee with his family and friends.

An evening visitation will be held at O’Brien Gerst Funeral Home, 3980 Cascade Rd. SE, Grand Rapids, MI 49546, on Wednesday, September 15th from 6:00PM-8:00PM. Services will be held at St. Robert of Newminster Parish, 6477 Ada Dr SE, Ada, MI 49301, on Thursday morning, September 16th at 11:00AM with an onsite lunch to follow. Interment will take place Friday, September 17th with military honors at Fort Custer National Cemetery at 11:00AM.