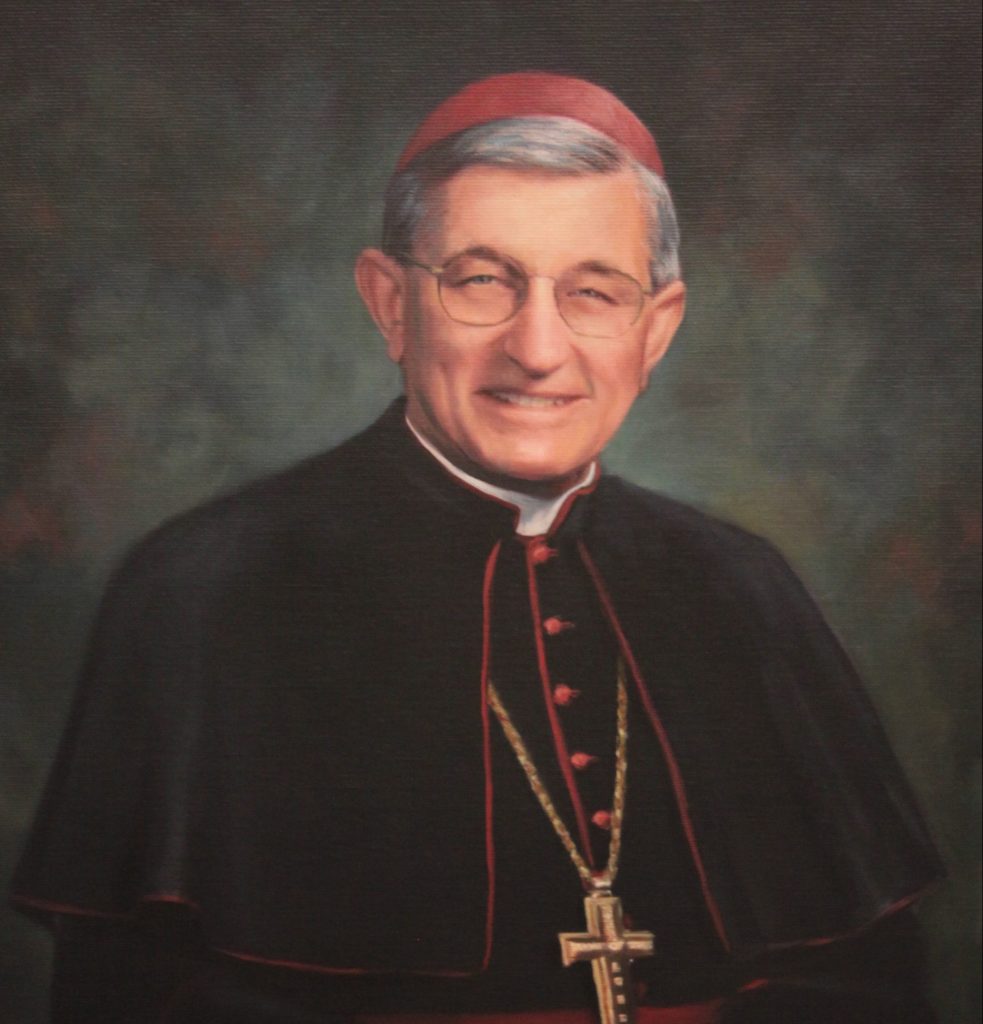 After more than 65 years of devoted service to the Lord, Bishop Emeritus Robert J. Rose, ninth bishop of the Diocese of Grand Rapids, died on Ash Wednesday, March 2, 2022.

He was born February 28, 1930, in Grand Rapids, just as the Great Depression was beginning. The family joined Saint Francis Xavier Parish in Grand Rapids shortly after his birth. Robert completed eight years of elementary school at Saint Francis Xavier School. He began his formation for the priesthood at Saint Joseph’s Seminary, where he completed high school and junior college. He earned a bachelor of arts degree from the Seminaire de Philosophie in Montreal, Canada. Further theological studies and preparation for the priesthood were undertaken at the Pontifical Urban College in Rome (the Church’s missionary seminary), where he received his licentiate in sacred theology.

On December 21, 1955, he was ordained to the priesthood in the college chapel by Clemente Cardinal Micara, Pope Pius XII’s Vicar General. Following his ordination, Father Rose received a master of arts in education from the University of Michigan.

In 1956 Father Rose was assigned to the faculty of Saint Joseph Seminary, where he served for thirteen years. From 1969 to 1971, he served as the first director of Christopher House, a seminary residence near Aquinas College. From 1971 to 1977 he served as rector of Saint John’s Provincial Seminary in Plymouth, where during his tenure the seminary was accredited by the Association of Theological Schools and North Central Accreditation. He returned to the Diocese of Grand Rapids to serve as pastor of Sacred Heart Parish in Muskegon Heights from 1977 to 1981.

In October 1981, Father Rose was appointed as the second bishop of the Diocese of Gaylord and was ordained and installed on December 6. In July 1989, following the retirement of Bishop Joseph Breitenbeck, he was appointed the ninth bishop of the Diocese of Grand Rapids. He was installed on August 30. After twenty-two years of episcopal ministry, Bishop Rose retired in October 2003. He remained active in the diocese as his health allowed.

His ministry as chief shepherd of the diocese was marked by widespread collaboration on all decisions and willingness to dialogue and work closely with the many advisory groups he set up.  He was a gentle, well loved and respected bishop. A few of his many accomplishments as Bishop of Grand Rapids included:

He was preceded in death by his parents, Urban H. and Maida A. (Glerum) Rose; his siblings, Mrs. Everett (June) Wittenbach and Mr. James Rose. He is survived by several nieces and nephews and their families.

In lieu of flowers, memorial contributions may be made to the Catholic Foundation of West Michigan for either the Bishop’s Fund for Catholic Education or the Diocesan Jubilee Justice Fund at https://www.catholicfoundationwmi.org/.