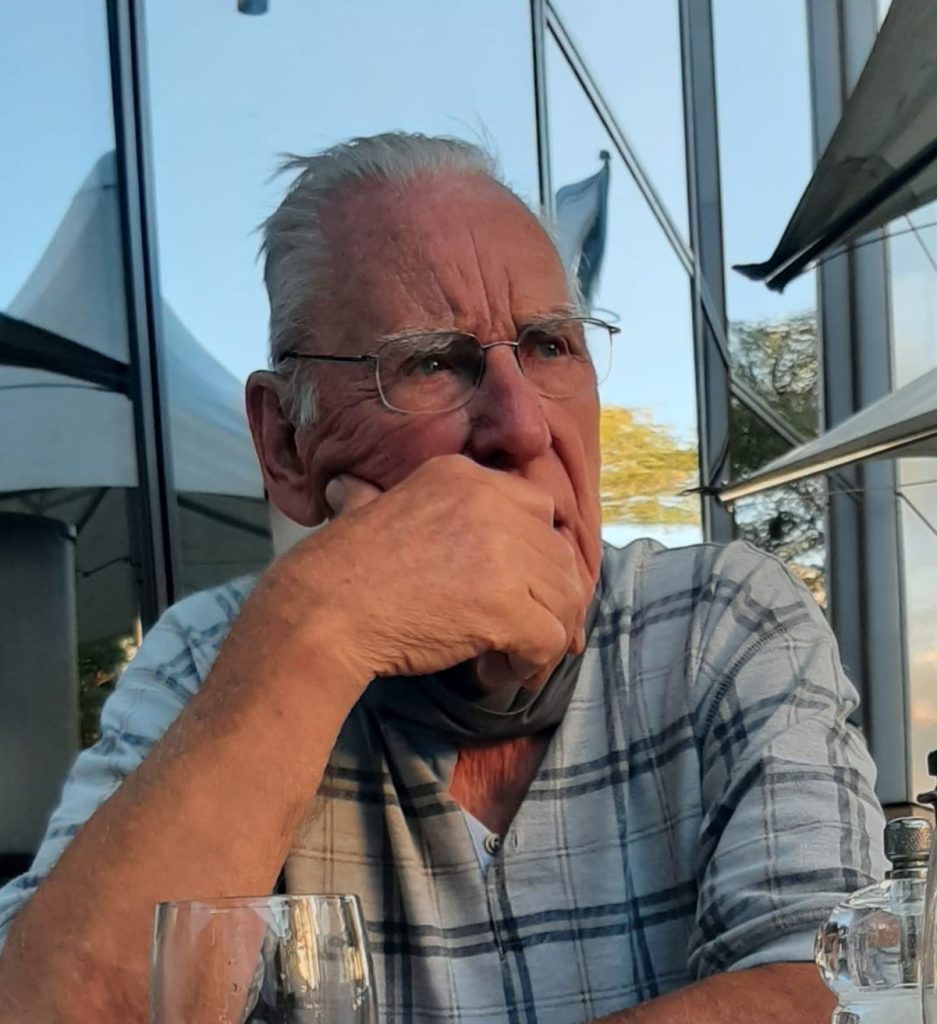 Carlen “Carl” Erin Anderson, age 88, passed peacefully away on August 4, 2022, after a brief illness. Carl was born to Otto and Anna Anderson in Nashville, MI, the youngest of six children. He is preceded in death by his parents; five siblings, Lorene, Agnes, Edward, Russell, and Keith. He is survived by his wife of 67 years, Beverly; his children, Carla (Rick) Hallas, Craig (Nkekeletse) Anderson, Karen (Tom) Charles; Norwegian exchange student, Harald (Greta) Storvik; as well as grandchildren, Ryan, Mosa, Jonathan, Wesley, Zaelen, and Liako. After his father’s passing in 1950, Carl moved to Alto. There he lived on his brother, Ed’s farm. He attended Lowell High School meeting his bride-to-be, Beverly Bedell. After attending Wayne State University, Carl and Bev were married and he began a 45-year career with the Kent County Road Commission. Through his career, Carl progressed from a laborer ultimately finishing as the HR director. Carl was a dedicated citizen, always active in Lowell community affairs. He coached little league baseball, joined the Lowell Lions Club and Golden Kiwanis Club of Grand Rapids serving as president of both. He sang in the Lowell Showboat choir and performed in local theater. Carl remained active in the United Methodist Church and enjoyed the Lowell YMCA. As a political person, Carl was elected in 1967 as a Councilman of the Lowell City Council, finishing his service as mayor from 1972 through 1975. Carl was an avid reader and intellect. He loved to ponder and debate an array of topics. A memorial service will be held on Thursday, August 25, 2022, at 11:00am with visitation at 10am at the Lowell United Methodist Church, 621 E. Main St., Lowell, MI 49331. The family is profoundly grateful for staff at Heather Hills and Faith Hospice. Memorial donations may be made to Lowell Pink Arrow Pride, PO Box 246, Lowell, MI 49331 and/or the Lowell YMCA, 1335 W. Main St., Lowell, MI 49331.