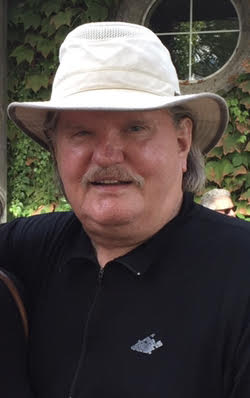 Chad graduated from University of Michigan with a Bachelor’s Degree in Engineering and went on to be President of C.L. Frost and Sons, later renamed Frost, Inc. He is the fourth generation to guide Frost Inc., a Grand Rapids, MI based company that celebrated its 100th Anniversary in 2015. Frost Inc, founded by Chad’s great-grandfather Charles Leonard Frost, initially produced brass fixtures for furniture manufacturers. During Chad’s tenure, the company helped to usher in the age of automation and diversified its products and markets.  In 1985, Chad was recognized for his efforts by the Small Business Association of Michigan as its Innovation Advocate of the Year.

While success in business is part of Chad’s legacy, his family and his extended family were the center of his life. He enjoyed traveling with Blake, adored watching his daughter, Anna, play soccer and basketball and enjoyed many hours with his son, Tony. The extended family regularly gathers for Holidays, birthdays and often travels together. Chad loved these family times and they have provided all of us with many, many poignant and often humorous memories.

Chad’s life was the very definition of a life lived large.  He traveled extensively for work and pleasure, enjoyed helicopter skiing, golf and he even climbed Mount Kilimanjaro with Blake.  Favorite places included Paris where he proposed to his wife Mary, the Turks and Caicos Islands where he and his family celebrates New Year’s each year, Barcelona and Mackinac Island.

The immediate family gathered on Saturday, June 6 for private viewing and burial.  A celebration of Chad’s life will be held later when family and friends can travel and share the time together. Memorials can be made to CurePSP, 1216 Broadway, 2nd Floor, New York, NY 10001 or to Hospice of Michigan. The family would like to thank the many people that have reached out to provide comfort and support and especially thanks Brianna, Tammi and Tina for their loving care.