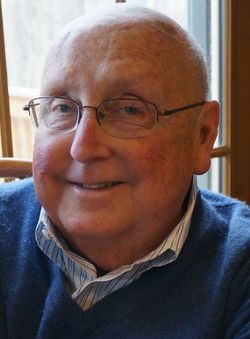 Charles (Chuck) L. Norton passed into eternal life on Sunday May 1, 2016.  Chuck began his life on July 24, 1942. Chuck was the first born into a military family; father CDR Leroy Norton and mother Mary.   His father was a Navy commander in the Pacific theater and Chuck saw his father for the first time when he was 18 months old.  Soon after, he was followed by 2 brothers, Kenneth and Larry, and a sister, Susan.  They moved over 21 times all around the United States, Guam & Philippines.  Sadly, his brother Kenneth died serving his country in Vietnam in 1969, but he stayed close to remaining his siblings until his death.  His parents also preceded Chuck into eternal life.

Charles went on to lead a very fulfilling life.  He followed the military tradition and joined the Marines in active duty and reserves from 1963 – 1969.  During this time, he also graduated from Rider College in 1966.  He entered early into the Computer field, and it served him well.  He spent his professional career keeping ahead of the technology curve, and enjoyed learned until his end.  Even in his last months he was learning how to develop apps.  He retired in 2010 as president of a local technology company.

However, his professional career tells only a portion of the story.  His main focus was his family and his faith.  He was married to love of his life, Nancy for 25 years.  Together they created a family that has sons Chris (Maureen), Ken (Carla), Jeff (Karen), and daughter Marcia (fiancé Jeff).  They have 15 grandchildren and 4 great grandchildren.  He loved to be with his family and took great delight in all that they did.  His grandchildren would keep him young.  Holidays and vacations were especially important as it brought everyone together, often from the corners of the world.

Chuck also enjoyed traveling with his wife and family. Their many trips include Southeast Asia, Europe, Alaska (as a Ackerman Cousins trip), Mediterranean, and the Caribbean.  He also loved time at the Decker cottage on Lake Michigan.

Equally important as his family was his church family.  He was a member of Thornapple Community Church for over 30 years.  Many of those people have been a support through many trials and triumphs.  There is family that God gives you by birth and by marriage, and then there are those that are placed in your life at the right time that become just like family.  For Chuck, they are his church family.

He was taken too young at age 73 and he will be deeply missed.  However, we are, as a family, also comforted by our faith.  We know that one day will see him again.   He has taught us much on quiet strength and we will hold his memories close.  Rest in peace, Papa.

Many special thanks to staff at Spectrum Health Medical Groups & Hospital.  Their kindness and caring was outstanding.  Also thank you to Rev. Paul Wesselink and Rev. Timothy Dieffenbach, who will be officiating the funeral service.

Memorial contributions may be made to Thornapple Community Church R.C.A.