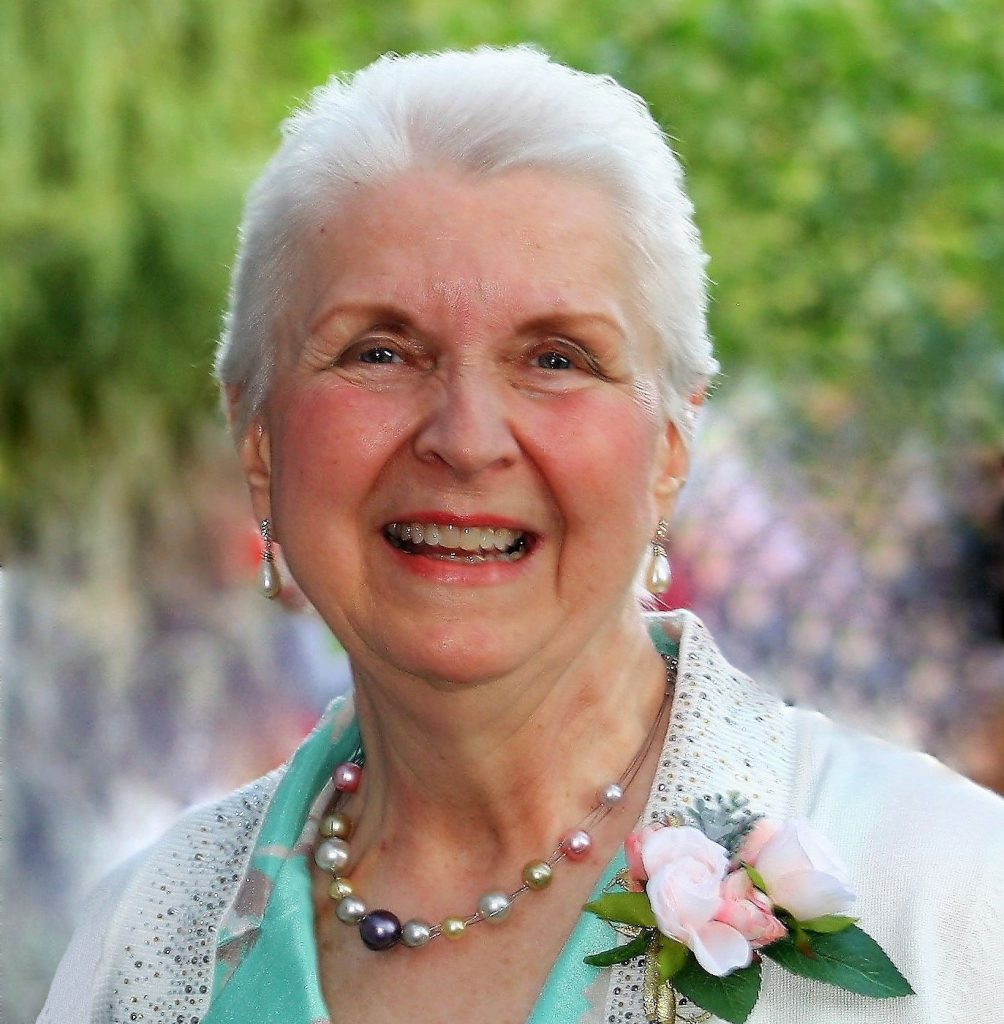 Delphine M. Coupland, passed away on Thursday, Nov. 3, 2022. Del was born on April 10, 1942, in Hamtramck, Michigan, a suburb of Detroit. She attended St. Florian Catholic School until she was twelve years old, when the family moved to a farm in Romeo, Michigan. She completed her high school years there, where she was active in 4-H and the high school band as a drum majorette. Directly after high school, Del attended Michigan State University and received her bachelor’s degree in 1964. Her first job was teaching 3rd and 4th grades in Lansing, Michigan. Del met Bryan in April of 1965, and they were married in December of that same year. In 1967, she gave birth to their first child, Kelley, who just happened to be born on Bryan’s birthday-February 19. They moved to Grafton, Wisconsin in early 1968 and the following year, she was expecting their second daughter. Terry was born in August of 1969, and one month later, the Coupland’s were headed to Durham, Ontario, Canada, to begin missionary training with New Tribes Mission. Missionary “boot camp” was difficult, especially for a mom with a newborn baby and a 2-year-old living in a small two room apartment with no running water and bathroom. After 18 months, they moved on to the NTM Language School in Missouri. Their third child, Daniel, was born there in Lebanon, Missouri. Del and Bryan became full members of NTM in June of 1972 and their first assignment was as training staff members at the Durham, Canada, training institute. In 1979, they were asked to join the teaching staff at the NTM Bible Institute in Waukesha, Wisconsin where Bryan was chairman and Del served as married ladies dean. 1984 saw the Coupland family moving to the country of Panama, where they served for ten years in a leadership role. Bryan was asked to join the NTM executive board in 1994 and Del served as his secretary, so they moved to the mission HQ in Sanford, Florida. They served in various capacities world-wide until December 2013 when they retired in Grand Rapids, Michigan. Bryan and Del have three children, all of whom graduated from Liberty University. Del was preceded in death by her brother, Fred Browarski. She is survived by her husband of 57 years, Bryan; children, Kelley (Todd) Duston; Terry (Paul) Calderwood; Daniel (Kari) Coupland; grandchildren, Nathan (Sarah), Andrew (Tori), Anna (Tyson), Noah, David, Daniel, Willow, Abbey, Quinn, Raegan, Riley; great-grandchildren, Alaina, Juniper, Tayden, and Beckam; siblings, Christine (Vince) Divito; and Richard Browarski. Memorial service will be held 11:00 am Monday, November 21, 2022, at Ada Bible Church, 8899 Cascade Road, SE, Ada, Michigan, 49301. Family will greet visitors at 10:00 am. Any financial gifts should be sent in memory of Del Coupland, to: The Homes of Ethnos 360, 108 Mission Blvd., Sanford, FL 32771 [This is the retirement home for elderly, retired missionaries.]