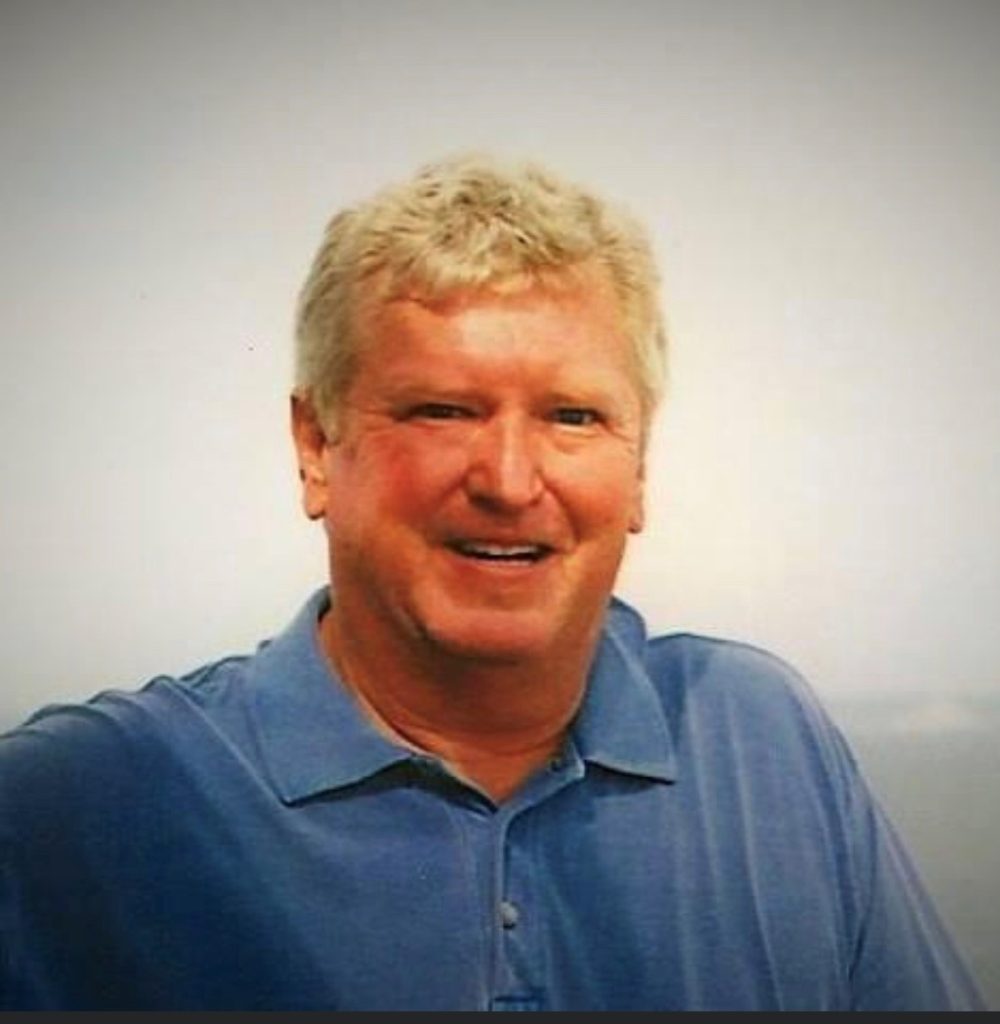 Dennis William Nickels of Spring Lake, MI and Ft. Myers, FL passed away at the age of 75 on Saturday, November 14, 2020.  He was born on September 15, 1945, the eldest child of the late Edward and Barbara (Lynch) Nickels of Wayland, MI.

Dennis graduated from Ferris State University’s College of Pharmacy in 1969 and worked for his father’s Wayland‐based business, Nickels Pharmacy.  He later established and ran his own Nickels Pharmacy in Plainwell.  While attending Ferris, Dennis met Randi (Randolph) Nickels, the love of his life. The couple wed on June 20, 1970 and celebrated 50 years of marriage earlier this year.

Dennis completed his MBA from the University of Notre Dame in 1988 and subsequently began a productive and rewarding career as a consultant and principal with Deloitte Consulting.  Among his many accomplishments, Dennis’ leadership laid the groundwork for the expansion of the Michigan State University College of Human Medicine to Grand Rapids.

Following his “retirement” from Deloitte in 2008, Dennis remained active on the Alumni Boards of Directors for Ferris State University’s School of Pharmacy and the O’Hara Society for the University of Notre Dame.   He was appointed by Governor Rick Snyder to the Michigan State Waterways Commission in 2012, on which he proudly served as Chairman.

Dennis was a transformational alumnus of Ferris State University. As a member of The Ferris Foundation Board of Directors, Dennis was thoughtful, strategic, and passionate. Additionally, Dennis served Ferris as a member of the Now & Always Campaign Cabinet, the Pharmacy Strategic Planning Task Force, the Pharmacy Forward Steering Committee, and the MBA Advisory Board. He gave his time, energy, and financial resources to support students, faculty & staff for generations to come.

Dennis and Randi were avid boaters for more than 25 years, voyaging on many maritime adventures on the Great Lakes and beyond.  Dennis held a U.S. Coast Guard Captain’s License and a U.S. Merchant Marine 100‐ton Ship’s Master License.  The couple shared countless boating trips with their dear friends, David and Linda, whose companionship and humor made the miles memorable. As his cruising log recounts, Dennis felt pride and joy when his granddaughters, “first mate” Emma and “swabby” Julia, joined them on cruising trips to Drummond and Mackinac Islands.

In addition to boating, Dennis was an outdoor sportsman who enjoyed hunting, fly fishing in the streams of Michigan and Colorado, and marlin fishing expeditions in Baja. After all his travels, Leland, MI remained his favorite spot, and he and his family shared many happy memories together in “Fishtown”.

Intensely proud of his Irish heritage, Dennis lived for football Saturdays when he would blast the Notre Dame fight song at top volume and cheer on the Fighting Irish.  He traveled to countless home games in South Bend, tailgating with Randi and friends and touring the campus with his daughter Katie, and son‐in‐law Andrew, fellow ND alums.  Dennis’ friends and family will always remember his Irish eyes smiling as he started the morning with a song or told a (tall) Irish tale.

Dennis will live on through his daughters Katie and Sarah. A true family man, Dennis was fiercely proud of his daughters.  His girls were the lights of his life.  He and Katie shared a love of medical science and he and Sarah shared a love of the great outdoors.  There was not a day where he would not boast about their accomplishments to any passer‐by.

A memorial service will be held at a later date.

Dennis and the Nickels family have a long and rich history with Ferris State University. His father, Edward W. Nickels graduated from the College of Pharmacy and Randi is also a graduate of Ferris. To honor the Nickels family, Dennis and Randi established the Edward W. and Barbara J. Nickels Memorial Scholarship to support Pharmacy students at Ferris state University. The endowed scholarship is awarded to students who have the highest financial need in the Pharmacy program.

The family is asking in lieu of flowers that memorial gifts be made to The Ferris Foundation at 420 Oak Street, Prakken 101, Big Rapids MI 49307 or online at: https://www.ferris.edu/giving

May the road rise up to meet you.

May the wind be always at your back.

May the sun shine warm upon your face;

the rains fall soft upon your fields and until we meet again,

May God hold you in the palm of His hand.