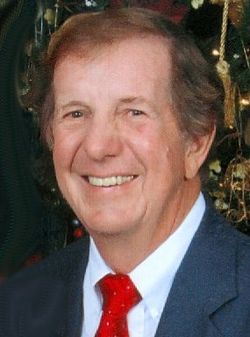 Don DenBraber, age 83, of Grand Rapids, passed away February 17, 2017 surrounded by his family.  He fought hard against the melanoma and finally lymphoma cancer.  He reluctantly leaves behind his wife, Tina, of 57 years, daughters Dawn DenBraber and Cathay (Dave) Walejewski, and son, Brad (Trina) DenBraber.  And his grandchildren, Justin and Jared Walejewski, and Alec and Elise DenBraber, who he spent long hours with.  Also his sister Lois (Jim) Hale.

Don worked at GM (General Motors) for 42 years, served in the US Army and was a Landlord for many years.  As a Landlord, Don gave many people a decent, clean place to live.

Don was a true family man working tirelessly to insure that his family had security.  He took his family camping out East and then out West, up into northern MI and Canada.  For 15 years, we camped at Grand Haven and for 10 years to FL.  Family traditions included golfing every year on Father’s Day which he was able to do last spring.

Don was an athlete.  He was an ace bowler, played softball, but most of all loved the game of golf–which he taught to his wife, children and grandchildren.

Don and his wife, Tina, began their courtship ballroom dancing and he glided her over the dance floor all his life.

Everyone loved Don…he was funny, never missed a chance to help others and was kind.  Don made friends wherever he went…and his family adored him.

Memorial service on Thursday, March 2nd at O’Brien Eggebeen-Gerst Chapel, 3980 Cascade Road SE.  Family will greet friends and relatives from 5-6:30 p.m.  At 6:30, there will be a service and the family encourages everyone to come and share their favorite stories about Don.

In lieu of flowers, donations can be made to Spectrum Health Hospice.