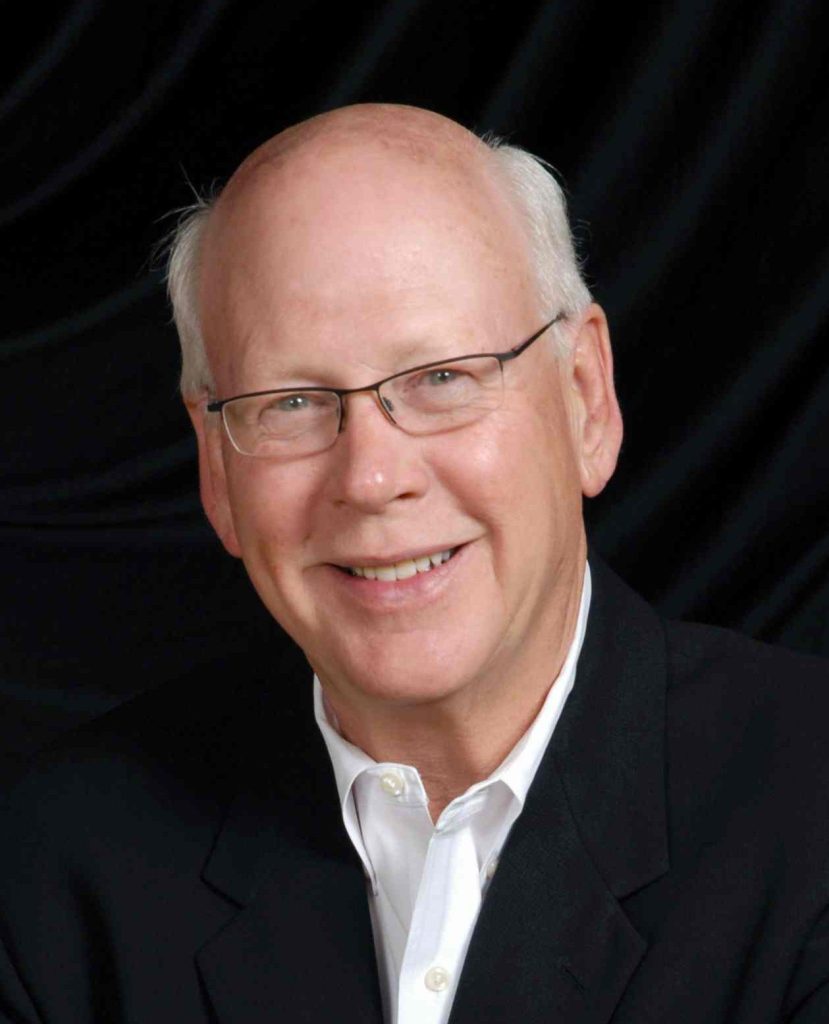 On May 24, 2019, Douglas E. Olson passed away peacefully at the age of 75. Doug entered into eternal peace surrounded by the love and support of his family after a courageous battle with cancer over the past several weeks. Missing him deeply are his wife of 50 years, Marianne, daughter Amy Olson, son and daughter-in-law Michael and Sarah Olson, granddaughter Morgan Olson, sister and brother-in-law Patty and Mark Hawkins, sister Mary Kay Olson, sister-in-law Kathy Jordan, dear family friend Bertie Bykerk, brother-in-law Bob Jordan (Gay), nieces and ephews Sarah Christopher (Scott), Katie Hawkins, Emily Sundstrom (Kyle), Joe Hawkins (Shay), Shawn Dougherty (Mike), Lisa Raniga (Sanjay), Kim Ras (Greg), and several great-nieces and nephews.  Much gratitude to the staff of Trillium Palliative Care, Faith Hospice, and especially to the nursing staff of Trillium Woods for their outstanding support and the deep respect and compassion they extended to Doug during his transition.  Doug was born in Grand Rapids and after attending Catholic Central High School, he proudly served in the Army during the Vietnam conflict. He began a long and rewarding career in engineering at Rapistan and retired as the Director of Engineering for Seimens-Dematic. While there, he collaborated on three US patents relative to material handling systems. Doug will be remembered for his creativity, innovation, and being a calming force as he led numerous teams to successful project completions. Although retired, Doug continued to consult on technology projects with e-Agile and valued Greatly the collaboration with his colleagues. Doug was passionate about woodworking and hand-crafted beautiful clocks, boxes, games, and Scandinavian furniture which he shared with family and friends. He enjoyed surf fishing in the Gulf, fly-in fishing in northern Canada, salmon fishing in the Pacific Northwest, and boating on Hamlin Lake and Lake Michigan.  Doug’s love for his family and friends was evident in his ability to listen, share advice, and his enthusiasm to lend a hand whenever asked. He will be missed more than words can express, but we know that his spirit will continue as we carry the lessons we’ve learned from him as we move forward. Doug was taken from us much too soon, and we feel peace knowing he will be watching over us. He will be forever in our hearts. A Mass of Christian Burial will be offered on Saturday, August 17 at 11 AM at St. Robert’s of Newminster, 6477 Ada Drive SE, Ada, Rev. Leonard Sudlik presiding. Family will greet friends and relatives one hour prior.   Memorial contributions may be made to Faith Hospice, 2100 Raybrook Ave, Suite 300, Grand Rapids, 49546.