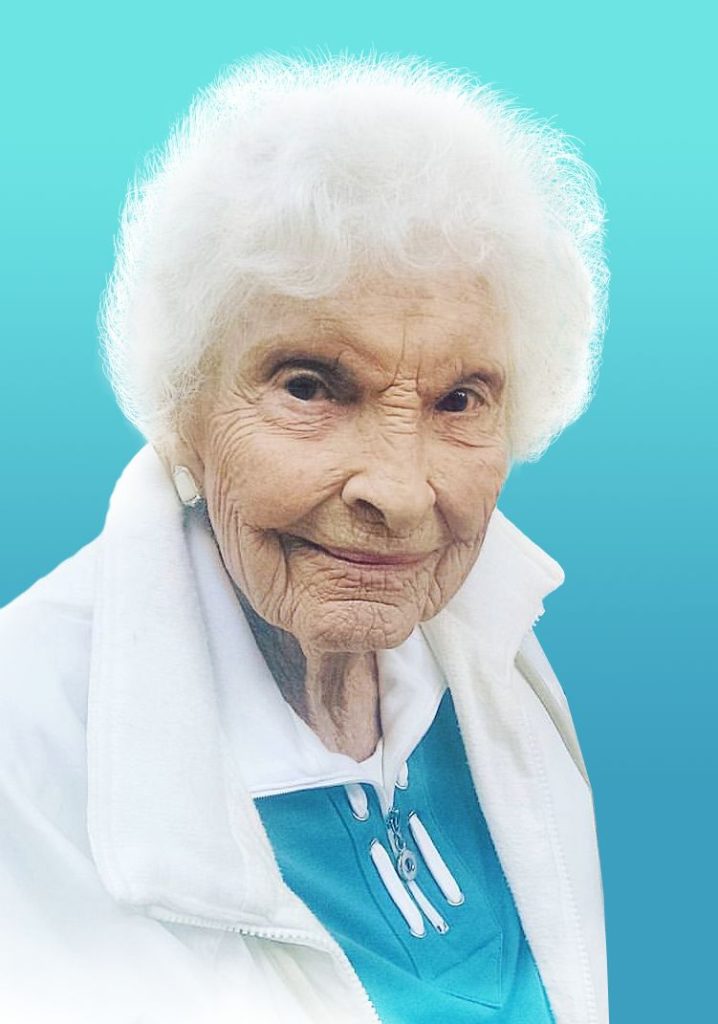 Frances Lane Gustafson, age 103 of Grand Rapids, passed away June 19, 2019. She was preceded in death by her husband, Ernest E. Gustafson; father and mother, Ralph and Frances Lane; sister, Margaret E. Lane; and brother, James A. Lane. Frances is survived by her children, Peter L. (Ginny) Gustafson, Andrew L. (Pam) Gustafson, Jeffrey L. (Andrea) Gustafson; grandchildren, Tanya Gustafson, Lindsay Bathie, Kristen Frank, Michael Gustafson, Erik Gustafson, Anna Gustafson; great-grandchildren, Addyson Frank, Griffin Bathie, Lochlan Bathie, Greta Gustafson and Isla Bathie. All her grandkids had Lane for middle names except Anna who had Elane, E. for her two granddads. Now Fran has a great-granddaughter Isla Frances Lane Bathie born the same day she died. She was born 103 years ago on June 5, 1916 in Worchester, MA. Frances graduated with a degree in education from Wheelock College in Worchester, taught kindergarten and was married to her husband of 54 years, Ernie Gustafson, on November 29, 1941. They honeymooned in Puerto Rico, returning to New York in early December 1941 on the last cruise ship operating in the Atlantic following Japan’s attack on Pearl Harbor. Fran was a loving homemaker and mother to three boys, who were raised in Clarence, NY and Plymouth, MI. The family enjoyed vacations with good friends for many years at Kirk Kove Resort in Ontario, Canada. She was active in her church and school affairs; she was an accomplished artist and a lifelong birder, nature lover and a member of the Audubon Society and other conservation organizations. She always encouraged her children and grandchildren in their many interests and activities. Fran was also a loving and supportive mother-in-law to her three daughters by marriage, Ginny, Pam and Andrea. She and Ernie retired to Sun City Center, FL in 1978 and Fran lived there 38 years, where she was active in lawn bowling, square and ballroom dancing and synchronized swimming well into her 90s with the Sun City Center Swim Dancers. She told her grandchildren that her secret to a long life was to stay active and have some chocolate each day. The family plans to arrange a memorial service at a later date. Memorial contributions may be made to The National Audubon Society, 225 Varick St., New York, New York 10014 or Faith Hospice at Trillium Woods, 8214 Pfeiffer Farms Dr. SW, Byron Center, MI 49315.