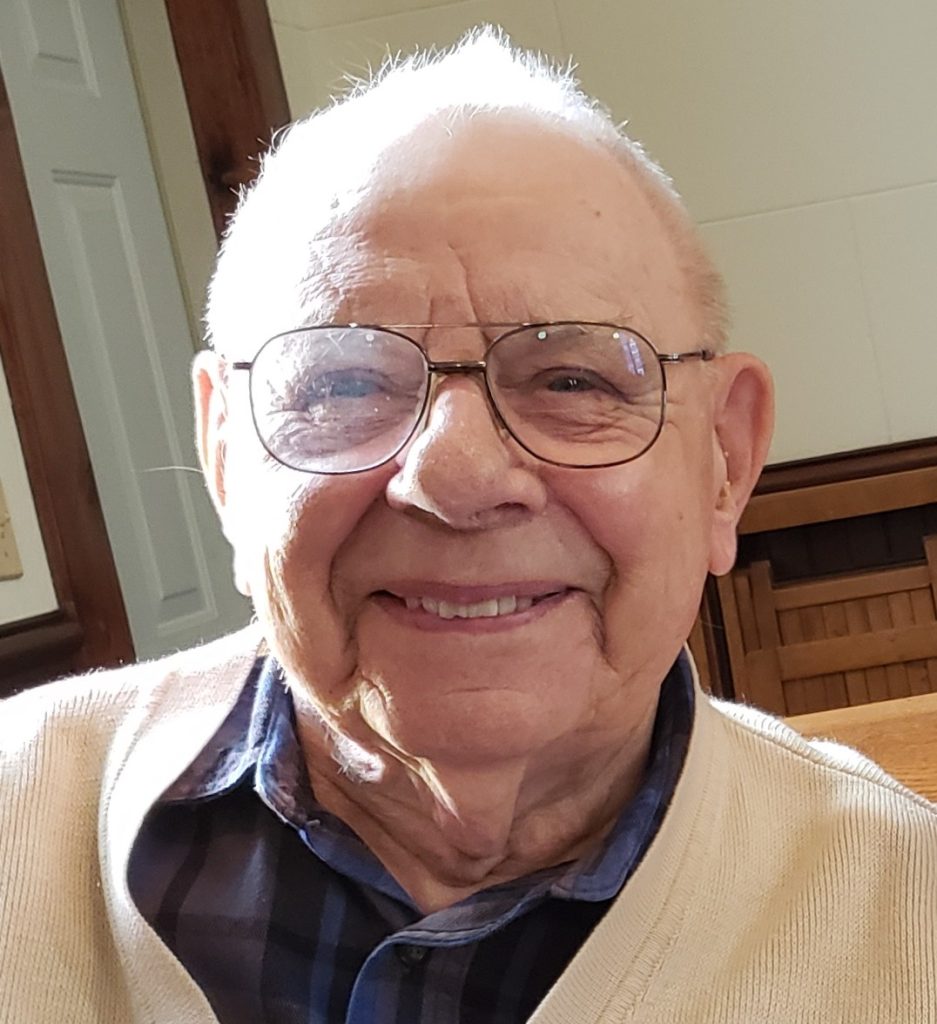 Gerald E. Magle, Sr. (“Jerry”) was born November 4, 1924 at his parents’ farm near Sturgeon Bay, Wisconsin.  He passed away peacefully after a short illness, on June 16, 2019 while in the compassionate care of Faith Hospice Trillium Woods. Gerald was preceded in death by his mother Katherine (Gebauer) Magle, father Reinhardt Magle, 6 brothers and sisters, and stepson, Gordon Bergy.

Gerald graduated from Sturgeon Bay High School in 1942, then worked as a welder for Bay Shipbuilding Company in Sturgeon Bay.  He entered the Army in 1945 where he served in Okinawa during WWII as a Tec 3 Staff Sergeant, working in a machine shop maintaining trucks.  After his military service, he moved to Michigan to work for Earle Equipment Company as a diesel mechanic on heavy machinery, primarily Allis Chalmers equipment. Gerald later became a service manager for this company and served in this capacity for years.

He married Florence Nussdorfer in 1951. Of this union are four children; Patricia, Barbara, Mary, and Gerald Jr.

Gerald married Doris (Maier) Bergy November 23, 1985.  In retirement Gerald and Doris traveled extensively with NOMADS to do mission work on building and maintenance projects for at least 10 years (a group they affectionately called “Nice Old Methodists Avoiding Deep Snow”). Gerald was a lifelong worker doing fix-it and woodworking projects for family and friends. He was vigorous and productive until the very last of his days.