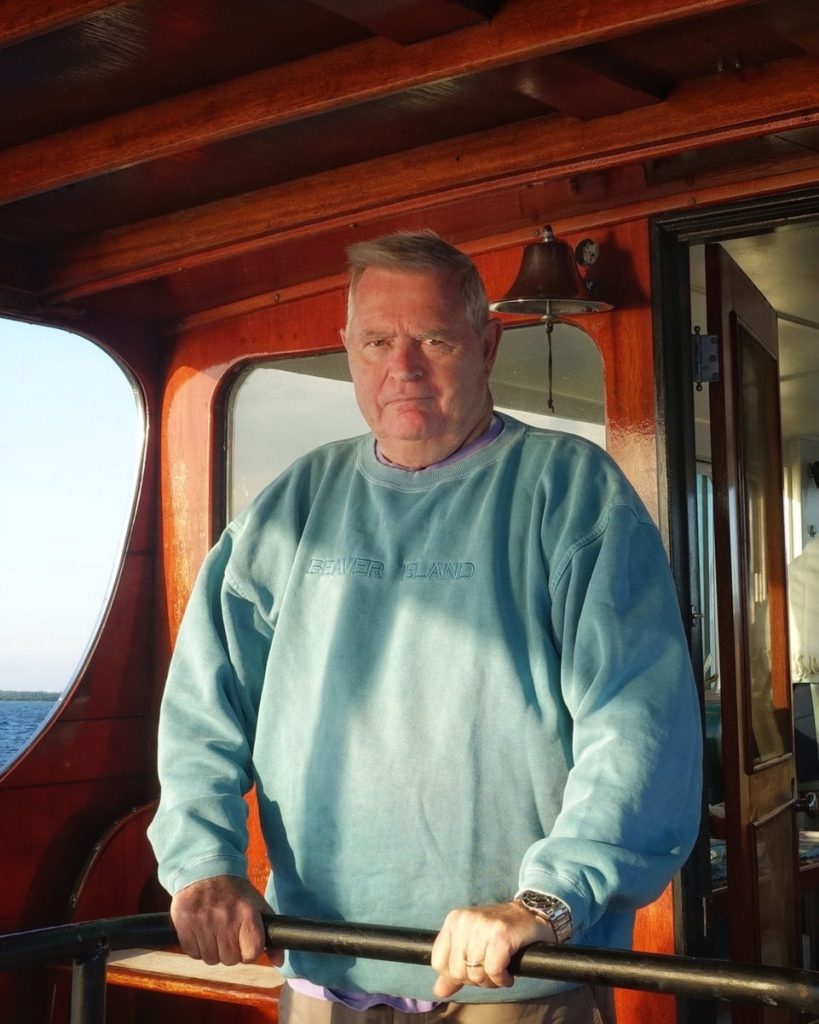 On his 50th birthday, Glen had a fun business card printed which read “Fisherman – Lawyer – Pilot,” and for those that knew him well, that was just a part (add avid gardener, scuba diver, wine judge, boat captain) of his inspiring life story.

Glen was born in Highland Park, Illinois to Anthony and Laurine Borre. His parents encouraged him to participate in the Boy Scouts of America. Both Glen and his brother, Larry, achieved the rank of Eagle Scout, with Glen going on to receive the Order of the Arrow. From their parents and the Scouts, Glen and Larry gained a lifelong appreciation for the values of hard work, dedication, and service to others. Glen attended New Trier High School, and in his junior year, he won the wrestling state championship.

Betsy Beaton first spotted Glen when he was working as a waiter at her dormitory dining hall. Soon after graduation, the couple was married and moved to Grand Rapids. They were blessed with three children.

Glen began work as a lawyer at the firm Vanderveen, Freihofer and Cook. In 1971, he started his own firm. In his mid-forties, he learned how to fly to better reach his clients living across the state. He was appointed by Governor William Milliken to the Michigan State Board of Law Examiners and served a term as President of the Grand Rapids Bar Association. He taught business law and frequently lectured on estate planning. Glen practiced law for more than 50 years, and before retiring, he enjoyed finishing his legal career with Miller Johnson.

Glen served as an officer and on the board of numerous community organizations, including the Grand Rapids Community College Foundation and United Cerebral Palsy Association of West Michigan.

Glen is survived by his wife of 61 years, Betsy, and their three children: Suzanne Bonadeo (Jon) of Beaver Island, MI; Bill Borre (Jill) of Lake Leelanau, MI; Lisa Borre (David Barker) of Belding, MI; as well as a granddaughter, Betsy Borre, currently living in Spain. He was preceded in death by his parents and brother. The family is planning a Celebration of Life at a later date, and he will be laid to rest on his beloved Beaver Island. Donations can be made to the Grand Rapids Community Foundation, 185 Oakes SW, Grand Rapids, MI 49503 or Frederik Meijer Gardens, 1000 E. Beltline, Grand Rapids, MI 49525.