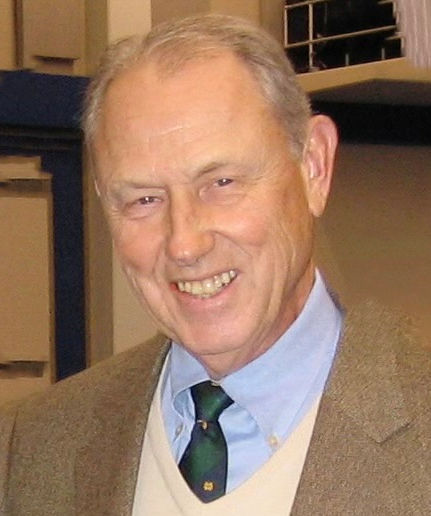 Hal was born on October 21, 1936, in South Bend, Indiana, to Kenneth and Harriet (Cutler) Smith. He was preceded in death by his parents and his stepfather, Donald Smith.

He was a member of the class of 1959 at the University of Notre Dame, where he earned a bachelor’s degree in business.

Hal married Sharon (Clark) Smith in 1957, almost 65 years ago. They moved to Grand Rapids, Michigan in 1960 where they made a life deeply rooted in family values. They have five children: Linda (John) Keating; Michael (Brenda) Smith; Julie Smith; Timothy Smith; and Kerry Smith.

He is survived by his younger brother, Kevin (Lori) Smith, with whom he shared a very close bond. He also has four stepsisters, two stepbrothers, and numerous cousins, nieces, and nephews.

Hal was president of the H.H. Cutler Company – a business started by his grandfather and two of his uncles – for a number of years. He was a successful businessman and enjoyed it so much that he continued to work as an investor after his retirement.

Hal was an avid golfer, and his love for the University of Notre Dame had the family spending numerous autumn Saturdays together, cheering on the Fighting Irish.

Hal was a devoted family man, an intellectual businessman, and a loyal friend to many. He will be missed by all who had the pleasure to have known him.

Special thanks to the staff at Cascade Trails Senior Living and the caretakers from Faith Hospice.

Memorial Contributions can be made to Folds of Honor, https://foldsofhonor.org/ or Neuroendocrine Tumor Research Foundation,  https://netrf.org/get-involved/ways-to-give/everlasting-impact-tribute/the-brandon-raabe-tribute-fund-for-net-research/