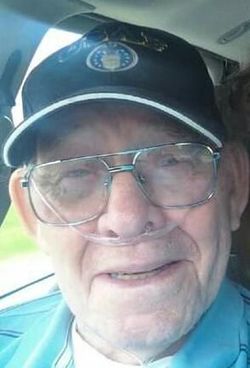 Jack Lester McKown was born October 14, 1930 to Tilden and Frances McKown in Greenville, MS. He passed away at age 85, on Sunday, April 10, 2016 at the Grand Rapids Home for Veterans in Grand Rapids, MI. He was preceded in death by his wife Thena McKown (Anderson) in 2008. On August 3, 1951, he married Thena Anderson of Stillwater, OK. They met while he was stationed in Tulsa, OK. Jack was a 22-year veteran of the U.S. Air Force serving as a Technical Sergeant. After retiring from service, he went on to work for Siemens and Allis in Wichita Falls, Texas. He spent time in Smithfield, NC with his wife to be closer to their grandchildren and family. After his wife’s passing, Jack relocated to St. Johns, MI with his daughter Laura until his death.

His family remembers him as always being happy, and extremely loving. Jack always had a keen sense of humor with a knack for being mischievous. He was an avid lover of model trains, fishing and always had his eye out for a new truck. His best advice was “Behave yourself and have fun. If you figure out how to do both, let me know!”

Jack McKown will be buried with full military honors on Thursday, April 14, 2016 at the Fort Custer National Cemetery in Battle Creek, MI.