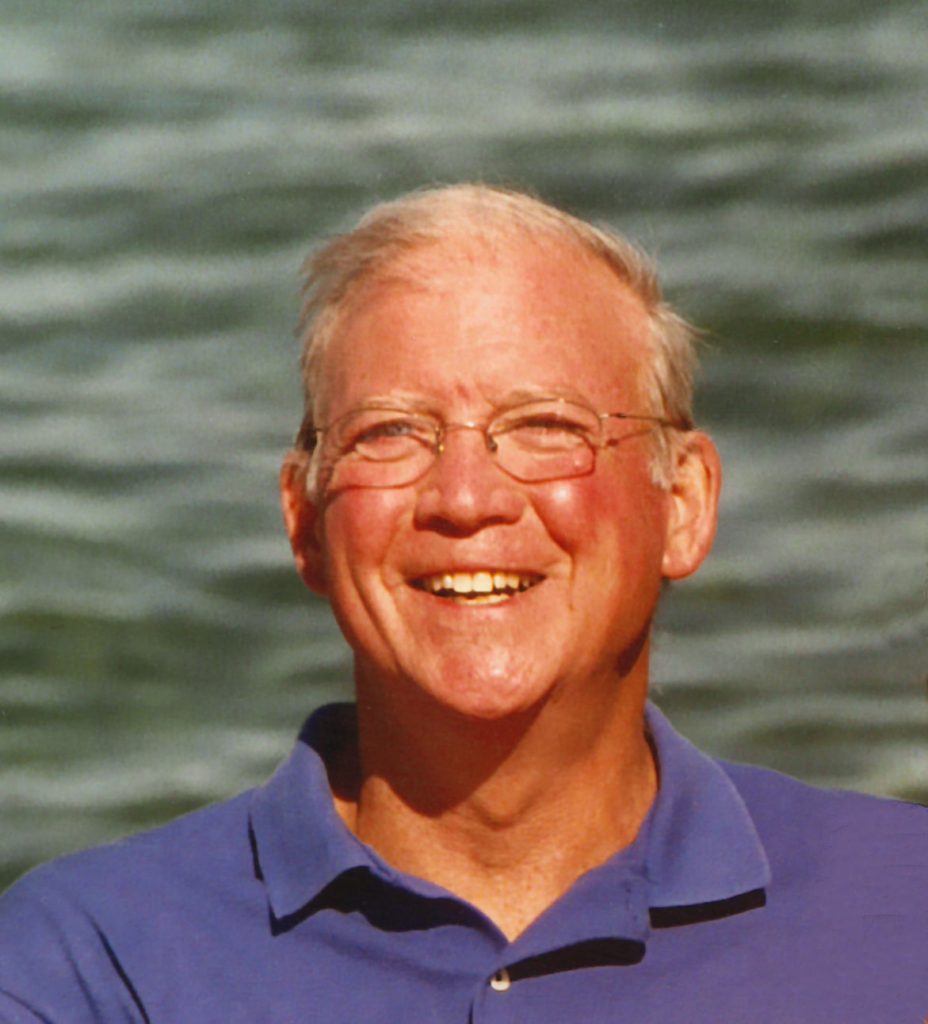 Jacob “Jack” Thys  Kroon, born August 22, 1944, of Grand Rapids passed away on August 26, 2022 at 78 years of age. Jack was born in Grand Rapids as the fourth child of seven. In his youth he was known for his mischievous sense of humor and curiosity. Jack’s love of exploring and learning stayed with him throughout his life.  Family and friends alike tell stories of Jack wandering off from the group to return hours later ready to share the wonders he had seen. While growing up Jack worked at Kroon’s Market,  the family’s grocery store.  He attended Blessed Sacrament Elementary and later Catholic Central High School. As a young man Jack enjoyed music. He played the tuba in the Catholic Central marching band as well as in a band called The Dixieland Kings. The musicians of The Dixieland Kings had a gregarious and devoted group of fans…one of which eventually became Jack’s wife, Margaret. Jack graduated from Catholic Central High School in 1962.

Jack earned a Bachelor of Business Administration from Western Michigan University. He graduated in April of 1967. Margaret Dornbusch and Jack Kroon were married on September 23, 1967.  Two very different people committing their lives to each other.  What a ride!  In November of 1968 Jack was drafted into the Army. He completed training at Fort Bragg and was stationed in Stuttgart, Germany.  Margaret joined him there. They welcomed their first child, Melissa, into the world while serving in Germany. Jack was released from active duty in the Army in 1971.

Upon his return to Grand Rapids Jack began working at Spartan Stores. He was employed in many different positions at Spartan Stores throughout his career of over 30 years. Jack was well-liked and respected due to his  personable way of interacting with his customers and colleagues. Together Jack and Margaret raised three children, Melissa, Molly and Adam.  A resident of the north end of Grand Rapids, Jack volunteered for the Creston Neighborhood Association. He helped raise funds for the renovation of Briggs Pool. He served as a volunteer at the annual Grand Rapids Art Festival and his local church. Owning and maintaining several rental properties also kept him busy.

Jack loved travel, being in nature and above all, spending time with family. Together Jack and Margaret excelled at making people feel special, appreciated and cared for. Forming friendships and loving generously was their specialty. This spicy couple could fill a book with their antics.  Boring they were not! They played cards, went camping, traveled extensively, tailgated and partied with family and friends. After retirement the adventures continued in Traverse City where they hosted gatherings at their cottage on East Bay. They were the BEST grandparents a daughter could ask for.  Lavishing love on their grandchildren, Scott and Elena, brought them such joy. Jack and Margaret were blessed to celebrate their 54th wedding anniversary last year.

After struggling with Alzheimer’s for many years Jack was called to be with the Lord on August 26, 2022. He is survived by his son, Adam; daughter, Molly (Del) of Grand Rapids; two grandchildren, Elena and Scott; siblings, Peg(Sam), John(Amy), Art(Mary), Mike, Mary(Ed), Marty; a plethora of loving  nieces, nephews and cousins. He was preceded in death by wife, Margaret; his father, Jacob Arthur Kroon; mother, Margaret Mary Kroon; and daughter, Melissa. In life and death God blessed Jack abundantly.  We are deeply grateful for having shared the life of this marvelous man!

Visitation will be held on Monday, August 29 at O’Brien-Eggebeen-Gerst Chapel, 3980 Cascade Rd. SE, Grand Rapids, MI 49546  from 4-7pm.  A memorial service will take place on Tuesday, August 30 at Blessed Sacrament Church, 2275 Diamond Ave NE, Grand Rapids, MI 49505 at 11am. The family will be present to visit with friends and family at the church beginning at 10am.  In lieu of flowers please send donations to Gateway Transportation,  Hospice of Michigan, or the Alzheimer’s Association.