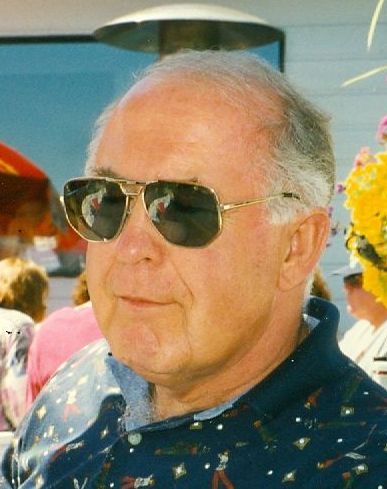 In lieu of flowers,

memorial contributions may be made to

James William Nausadis aka “Maurice” died Thursday, July 5, 2018, he was a loving husband, devoted father, grandfather, uncle, brother and friend to everyone with whom he crossed paths.  He is survived by his wife, Mary (nee Rockwood); children, Heather Nausadis, James (Tony) and Sabrina Nausadis, Timothy Arnold, Todd and Jennifer Schoenborn; grandchildren, James, Jacob, Gioia, and Massimo Nausadis, Caitlin and Nicholas Zylstra and Teresa (Tessa) Carroll.  He will be missed by his two sisters, Martha Larkin and Phyllis (Don) McCarty, as well as Becky Reynolds, Rich (Cindy) Rockwood, Matt (Susan) Rockwood, Jim (Diann) Rockwood who were more than in-laws to him.  Loving family as he did, he held very dear the step-grandchildren and numerous nieces and nephews he accumulated over the years.  He was a veteran of the United States Army, serving in Oberamergau, Germany, where he claimed he dated the girl who played Mary the mother of Jesus in the Passion play that is depicted every ten years there.  Jim had a Master’s degree in Psychology and with his big personality and humble heart he dedicated his life to helping those in tough circumstances enlightening their lives with warmth and compassion.  He saw life as a great adventure, always seeking out new things; like learning to play guitar and taking Spanish just so he could reach more people-his love of people and animals was demonstrable and far-reaching.  Jim was an avid card player, with cribbage as a favorite.  He also loved; golf, skiing, dancing, fishing, reading and watching movies.  He would give the shirt off of his back, the shoes off of his feet or his last cup of coffee if it would make someone’s day.  With his quick smile and compliment always ready, Jim is irreplaceable and will be missed beyond words.  The only battle he could not win was the one with cancer that finally got the best of him.  Visitation will be Thursday, July 12, 2-4 PM and 6-8 PM at the O’Brien-Eggebeen-Gerst Chapel, 3980 Cascade Rd. SE with a prayer service at 7:30 PM.  Visitation also Friday, July 13, 9-10 AM, followed by a Mass of Christian Burial at 10 AM at Dominican Chapel/Marywood.  Interment Resurrection Cemetery.  In lieu of flowers, memorial contributions may be made to Grand Rapids Dominican Sisters, 2025 E. Fulton, Grand Rapids, Michigan  49503.