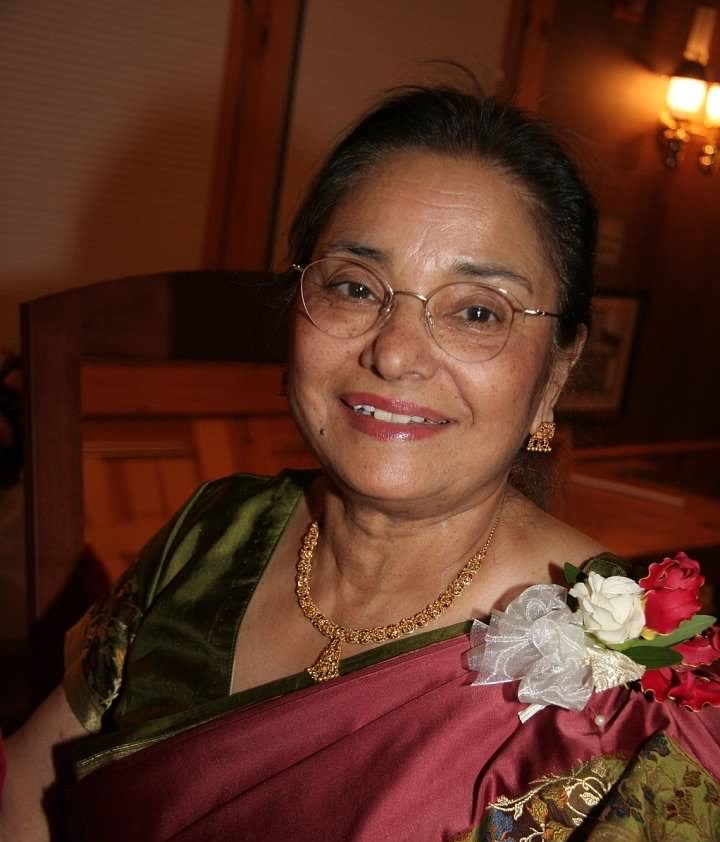 Born March 15, 1936 in Lahore, Pakistan, Jane Jahanara Jawahir, M.D., F.A.C.O.G. passed away peacefully surrounded by her children on November 11, 2020. Jane graduated from Fatima Jinnah Medical College. She and her husband of 55 years, Vivian Paramjit Jawahir, M.D., F.A.C.S., moved to Grand Rapids to complete their respective residencies in 1964. Subsequently, they moved to London, Ontario to further their medical training before returning to Grand Rapids in 1971 where she remained until her passing.  A talented Obstetrician and Gynecologist, Jane loved her work and practiced independently and at St. Mary’s Hospital until her retirement in 2009. She also periodically practiced at Blodgett and Metropolitan Hospitals. She was extremely grateful for the support provided by her colleagues and staff. Over the course of her career she delivered thousands of lives into the world. It was not uncommon to meet someone she had delivered.

In addition to her deep faith in God, she loved being with her family and friends and always had candy in her purse for her grandchildren who lovingly referred to her as “Dadi.” She loved all kinds of music, dancing at weddings, drinking the perfect cup of tea and spoiling her pets. She had a generous heart, her home was always open for anyone at any time, and there were countless celebrations for every occasion (or no occasion at all!).  When visiting Jane, you were always fed (whether hungry or not) and reminded to “come back soon.” She epitomized unconditional love.

She was preceded in death by her husband, her parents, and her sister, Mariama Rifat Khan. She is survived by her children John (Jamila), Kevin (Jennifer), and Rebecca (John Paul) Sypniewski and seven grandchildren (Zachary, Matthew, Jacob, Jane, Abigail, Kathryn, and Sydney). Also surviving are her brothers, John Joshua, Abraham Joshua, Samuel Joshua, and Emmanuel Joshua and her sister, Grace Rath, along with their spouses and eighteen nieces and nephews. Her sister-in-law, Prio Khan, and Prio’s two children also survive her.