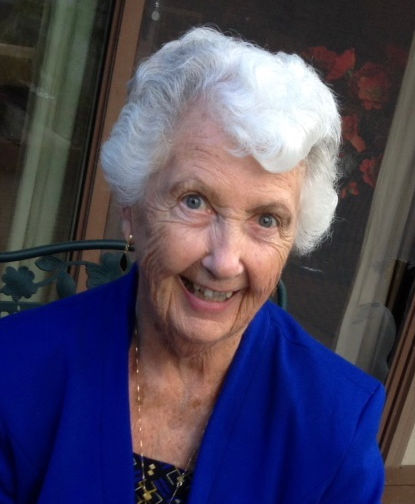 The Right to Life of Michigan

Jane found out early in her life that she was happiest when she was creating community, which is how she spent her distinctive, remarkable, and well-lived life. She was beloved by her family, friends and colleagues who now mourn her peaceful passing at 93 years of age.

Jane was born on August 13, 1927, in Daytona Beach, Florida. Her earliest memories were of the vivid Florida sunsets on the ocean and riding her bike for miles along the beach. At 12, she moved to Louisville, Kentucky, where she marveled at the amazing Spring season filled with the scent of honeysuckle and realized how much harder it was to ride a bike on the hilly terrain in Kentucky. She attended Atherton High School and the University of Louisville where she studied Early Childhood Education and met her husband of 62 years James Peter Muldoon (now deceased) who was studying to be a surgeon. They married in 1948. Jim was offered a surgical residency at Ferguson Droste Ferguson Clinic in Grand Rapids, Michigan, in 1955, and Jane and he moved with four daughters in tow, Margaret, Catherine, Mary and Patricia spanning in age from six years to 12 months, with another baby on the way. Not long after arriving Judith was born, followed swiftly by Elizabeth and Bridget; then three sons in a row, James Jr. (now deceased), Thomas and Joseph; and in 1966 the youngest named Jane arrived.

As a mother, Jane was extraordinary, creative, and devoted. There was never a dull moment in the Muldoon household:

“Mom had an energy that was overwhelming and at the same time awe inspiring. She was the closest I’ve gotten to unconditional love. Mom was determined to love us all in our differences. It was a great gift that taught us that love is the most important legacy that we leave to our children.” – Margaret

“By the time I came along in the family (number seven), Mom had established a remarkably rich and vibrant family culture that was infused with constant singing around the dining room table before I could even talk, being in countless dramatic productions directed by the ‘Big Kids’, freewheeling play and endless imagination. Creativity wasn’t a choice. It was a “given.” Mom was expert in encouraging us not only to discover and hone our individual interests, but also to share them through collaboration with each other.” – Bridget

“Mom taught us about the importance of community service, enlisting all of us from an early age to help stuff and stamp envelopes for organizations such as Grand Rapids Community Concerts and Right to Life. We were often reluctant warriors for her causes, but she got us singing while stuffing and stamping so it was always fun. She knew how to motivate people, which is an essential attribute of a great community organizer.” – Judith

“Fierce in her commitment to her family and the civil rights of all people, including the unborn, Mom was optimistic for the world. She always said, ‘I’m not finished yet. I’m still growing.’ And her love kept increasing with 84 grandchildren, great-grandchildren and great-great-grandchildren – each one of them got a singing birthday card and memorable present every year.” – Patricia

When asked what he supposed it was like for his mom to have three boys after seven girls, her youngest son Joseph said: “Pure joy I am sure! You might say we presented a new challenge, but she was certainly up to the task. She was a strong leader who really lived her faith through good and bad times. She also was a fantastic listener who made you feel that you were the only one in the room during chats.” – Joseph

“Mom was truly the heart of our large family. She was always there for each of us. She listened, provided perspective and shared her sage advice. She was unsinkable and positive. My brothers and I loved to make her laugh. What a gift we have all lost. She was a great model of how to be the heart for our own children and families.” – Thomas

“She is the fire within us all. She gave us fire, warmed us with fire and shared her fire for life, love and faith.” – Jane

One of the books that Jane loved to read to her children was “Horton Hears a Who” by Dr. Seuss. Horton, an elephant, discovers the tiny people of Whoville who are in distress. He tells them: “Don’t give up. I believe in you all. A person’s a person no matter how small.” This was her rallying cry her entire life at home and in the community.

In the early 1960s, Jane was a champion of civil rights, working with local organizations to increase literacy and advance social justice for all African Americans. In the late 60s she extended her civil rights work in defense of the unborn. In 1970 she invited numerous people from her parish of St. Stephens, to come to a meeting to develop a strategy to defeat a ballot proposal that sought to permit abortions in Michigan up to 20 weeks gestation – Proposal B. She created a grassroots organization with members from all over the state called “Voice of the Unborn” which resulted in the defeat of Proposal B two years later by a 61-39% margin.

One of the parishioners she enlisted was Dr. Hank Malinowski, At-Large Board of Directors Member of Grand Rapids Right To Life. He shared how Jane ignited and built community around the civil rights of the unborn: “Jane was the spark-plug and the persistent energy behind the founding and development of the Grand Rapids Right to Life, and the Right to Life of Michigan. She was one amazing woman … We learned a great deal from Jane about working with people of all backgrounds – racial, religious and political – and about organizational development, education, motivation, fundraising and the importance of prayer undergirding all of our efforts.”

Despite the turbulence of the times, she lived in – the Great Depression, World War II in which both her brothers served as well as her future husband, the Korean War in which her brother-in-law served, Vietnam in which one of her son-in-law’s served, Demonstrations and Riots, and 9/11 to name just a few – Jane kept her eyes on the prize, the spiritual prize. Her deep and abiding faith fueled her optimism, cheerfulness, and determination to bring people together in order to better serve the voiceless in her community.

“Someday, after the winds, the waves, the tides and gravity, we shall harness for God the energies of love. Then for the second time in the history of the world, we will have discovered fire.” – Teilhard de Chardin

Mass of the Resurrection for Jane Muldoon will be held on Thursday, February 11, at Immaculate Heart of Mary Parish, 1935 Plymouth Ave. S.E., Grand Rapids, Michigan, at 11 am. Reverend Monsignor William Duncan presiding.  Masks and social distancing will be required. Memorial donations in memory of Jane can be made to The Right to Life of Michigan Educational Fund, 2340 Porter St. S.W., P.O. Box 901, Grand Rapids, Michigan, 49509.