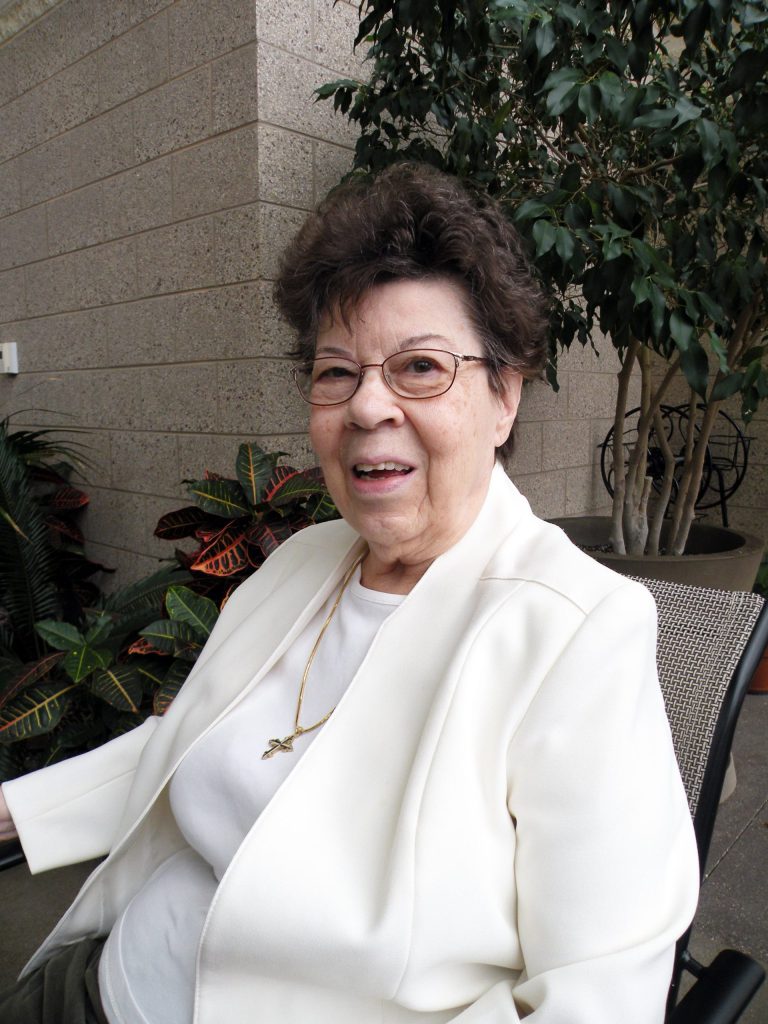 Heitz, OP, Sister Janet Marie of Grand Rapids (born Charlene Lou Heitz) died on May 16, 2022. She was 82 years old and a Dominican Sister for 63 years.

At SS. Peter and Paul High School she stepped in to fill a need to provide hot lunches for students and staff in addition to her assigned responsibility in the convent. There she ably planned, organized, and managed the school’s kitchen staff for the next several years. Fondly known as “Cookie” she always had samples at the ready for starving students and staff! Her gentle ways and quiet manners remained her trademark.

Sister Janet Marie was a firm believer and participant in continuing education and earned many certificates through workshops, conferences, and course work in her field. She was known for her sewing skills and willingness to repair items for those who needed her skills. She stayed in touch with her high school classmates as well as many of the lay people with whom she worked over the years. In her leisure time, Sister Janet Marie enjoyed sewing, crocheting, and reading. She was a steady presence, a competent and caring person whose quiet, unassuming way contributed immensely to the community, both near and far. She will be greatly missed by family, friends, and members of her community.

In an effort to protect our vulnerable population from the Covid-19 virus a private Funeral Mass with vaccinated immediate family members and Sisters will be celebrated at Chapel of the Word, Marywood on Thursday, May 19. Masks are required.

Burial will be at Resurrection Cemetery. Memorials in Sister Janet Marie Heitz’ name may be made to the Grand Rapids Dominican Sisters.