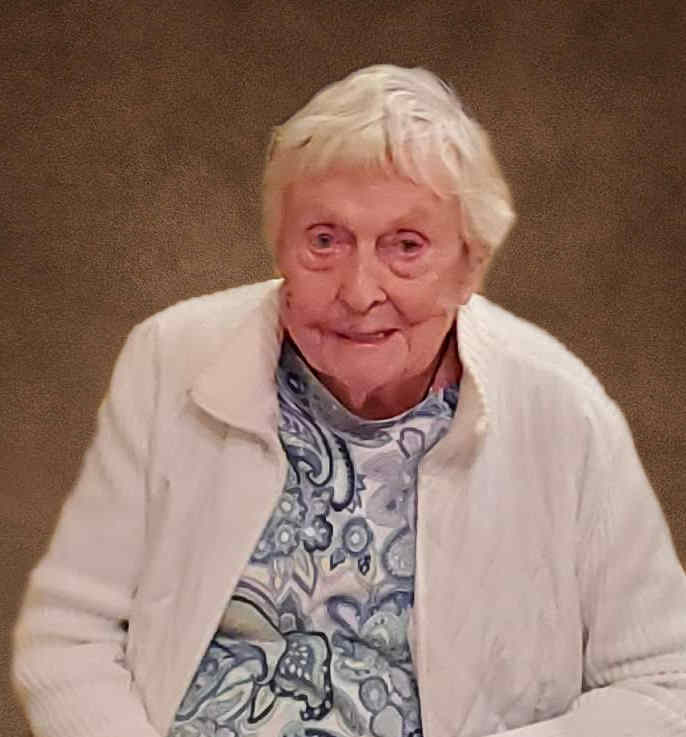 or a check to:

Joan Veronica Teeley O’Connor died peacefully in Grand Rapids, Michigan, on March 26, 2022, at the age of 89. A Mass of Christian Burial will be celebrated at eleven o’clock, on Wednesday, March 30, 2022, at St. Robert of Newminster in Ada, Michigan, with Reverend Tony Russo officiating. Visiting hours will be observed before the Mass from ten until eleven o’clock at the church. A private internment service will be held on April 4, 2022, at noon, at St. John the Evangelist Catholic Church Memorial Garden in Naples, Florida.

A Michigan native, Joan was born on August 24, 1932, in Detroit. On July 18, 1953, Joan married her high school sweetheart, Albert O’Connor, and they were together for 62 happy years. They raised their five children in Westland and Livonia, Michigan, and retired to Bonita Springs, Florida, in 1992. She graduated from the University of Michigan-Dearborn with a Bachelor of Arts in education and received a Master of Arts from Eastern Michigan University. Joan found great joy in teaching and spent almost 20 years working in elementary education in the Wayne-Westland School District. A devout Roman Catholic, Joan possessed a steadfast religious faith that sustained her throughout her life. An ardent fan of bridge, golf, jigsaw puzzles, historical fiction, family cruises, summers at her cottage, and chardonnay with ice, Joan will also be remembered for faithfully following rules

Joan was preceded in death by her parents, Esther and Andrew Teeley of Detroit; her husband, Albert Thomas O’Connor; her husband’s parents, Genevieve and John O’Connor of Detroit; her brothers, John Teeley and Andrew Teeley; her sister Veronica Teeley; her sister Mary Cecilia Teeley Kiers and her husband, Edward Kiers, of Harper Woods; two children, Michael Thomas O’Connor of Traverse City, and his wife Margaret O’Connor, and Kathleen O’Connor Carroll and her husband, James Carroll, of Naples, Florida.

The family would like to extend its deepest gratitude and sincere appreciation to the staff of Provision Living of Forest Hills in Grand Rapidshttps://give.vai.org/page/39680/donate/1, Michigan, for their excellent care and numerous kindnesses to Joan while she was living there.

In lieu of flowers, please consider sending a memorial contribution to the Van Andel Institute to fund biomedical research into Parkinson’s and Alzheimer’s diseases https://give.vai.org/page/39680/donate/1  or a check to: