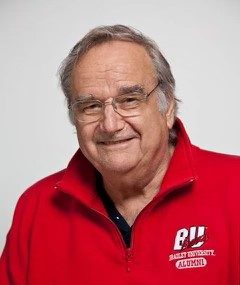 John Leyland Price passed away on November 13, 2022, at St. Mary’s Hospital in Grand Rapids, Michigan. John was born and raised in Bartonville, Illinois. John was predeceased by his wife of 57 years, Joanne (Kinney) Price, his parents Rex and Alice (Leyland) Price, and brothers Robert Price and Thomas Price. He is survived by his and Joanne’s children, Stephen (Cameo) Price, Jonathan Price, Thomas Price, and Matthew (Karen) Price; nine grandchildren, John, Kayla, Janet, Catherine, Alicia, Meaghan, Abigail, Kaitlyn and Jessica; and three great-grandchildren, Adam, Benjamin and Anthony; his brother James Price and sisters Janet Dorey and Marjorie Cullen. John served in the U.S. Air Force and studied engineering at Bradley University, during which time he met Joanne, who was then in nursing school. Upon graduating, he joined Caterpillar Inc. in Peoria, Illinois as an engineer. John married Joanne and took a position with Aeroquip Corporation, moving into management, and advancing in the company, taking him to Barrington, Illinois; Cardiff, Wales; Lawrence, Kansas; Jackson Michigan, and Sylvania, Ohio, where after 30 years he retired as Chief Operating Officer. Always passionate about his work, John then joined Capgemini America, Inc. as a management and operations consultant, working with large manufacturing companies around the world, and in 1995 he relocated to Grand Rapids, Michigan, and joined FlexFab, Inc., in Hastings, Michigan, working on its management team until his retirement in 2001 as Executive Vice President and Chief Operating Officer; he spent the last 27 years of his life in Grand Rapids. John and Joanne were avid travelers and sailors, enjoyed family camping and ski trips and the annual lake weeks, and were among the original Board members of the Barrington Area United Drive, which raised funds toward the construction of a hospital in Barrington, Illinois. John was a Scout leader in his children’s Troop, a talented amateur photographer, and fan and supporter of the Arts. His greatest enjoyments came from family gatherings, and close friends. Visitation will be held 11:00 am to 1:00 pm, Saturday, November 19, 2022, at O’Brien-Eggebeen-Gerst Chapel, 3980 Cascade Rd. SE, Grand Rapids, MI 49546. Funeral service to follow at 1:00 pm.  In lieu of flowers, memorial contributions may be made to the American Heart Association, 27777 Franklin Rd. #1150 Southfield, MI 48034 or the Grand Rapids Symphony, at Grand Rapids Symphony.