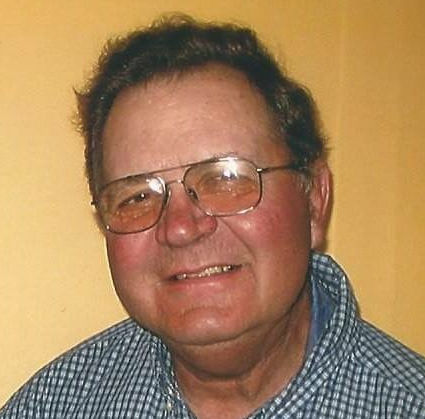 Jack served in the National Guard from 1957 to 1962. In their early marriage, Jack and June operated a beef cattle and dairy farm and custom crops. In 1966, Jack and June started Tip Top Tank & Gravel Company at the farm on East Fulton Rd in Ada. The market for sand and gravel continued to grow, so they decided to expand to sand and gravel production and excavation. Tip Top Gravel Company continues to this day, fifty-five years later. All three of Jack’s children, along with his granddaughter, carry on the legacy of working at Tip Top to this day. It is said that Jack built this company from dirt!

Jack’s hobbies in his teen years included playing guitar and playing saxophone in the Lowell High School concert and jazz bands.  He also enjoyed showing cattle in the Kent County 4H fair, singing in the Lowell Showboat Choir from 1949 to 1956; hunting, cutting wood and horseback riding.

Jack’s main purpose throughout his life was to serve his Lord and Savior.  He served in various areas at Alton Bible Church including being instrumental in founding the AWANA Clubs.  He served as a leader and director in the boys’ clubs of AWANA for 38+ years.  Jack also served on the church board as a deacon and elder and was always willing to lend a hand or equipment to any project to further God’s Kingdom.  In the late seventies, Jack was part of the construction of the newest facility of Alton Bible Church on the corner of Lincoln Lake Rd. and 3 Mile Rd. in Lowell.  The legacy of Jack Mathews is that he treated everyone as family and wanted everyone around him to know about the saving grace of Jesus Christ.  Romans 10:13 “For whoever calls on the name of the Lord shall be saved.”

The family would be honored to hear stories about Jack at the visitation on Friday, March 12, 2021 from 4-7 pm and from 10:00 am to the time of the service on Saturday, March 13 at Alton Bible Church, 2780 Lincoln Lake Ave NE, Lowell, Michigan.  A celebration of Jack’s life will be held on Saturday, March 13, 2021, at 11:00am, at Alton Bible Church, with Pastor Ken Ford officiating.  Burial at Oakwood Cemetery in Lowell will take place at a later date.