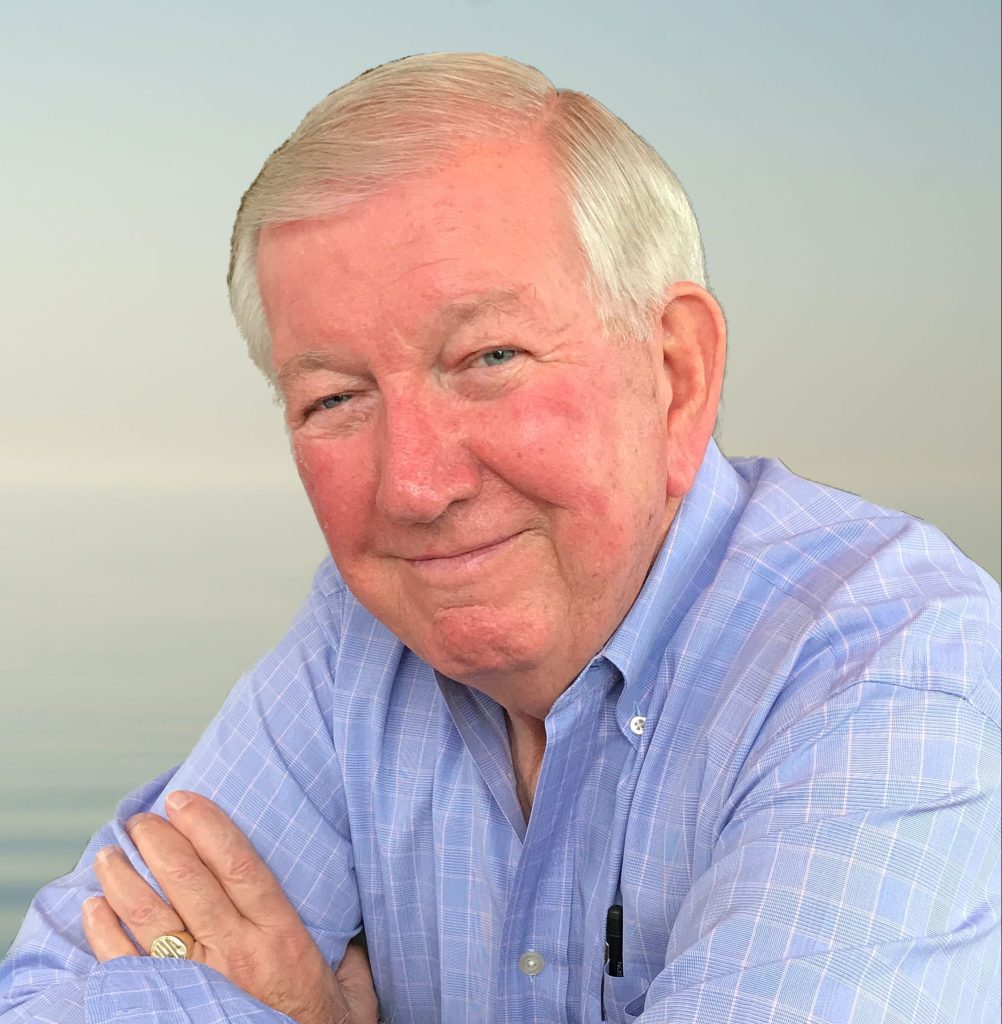 John R. Hanson, age 81 of Grand Rapids, passed away Sunday, December 12, 2021. He was preceded in death by his granddaughter, Riley Monroe Hall; sister, Betty Englesman; and brother-in-law, Clare Englesman. John is survived by his children, Kevin Hanson, Kris (Ken Wilkerson) Lefley, Kim (Steve) Hall, their mother, Martha Larimore; son, Brett Hanson, grandchildren, Caleb, Kelsey & Christian Lefley, Karsten (Will) Dommermuth, Parker Hall, Adalind, Jax & Alivia Hanson; nieces, Mary (Russ) Nichols, Carol (Alan) Phillips; and special friends near and far. He was a graduate of Grand Rapids Union High School and went on to serve four years in the United States Army. John was a lifelong salesman. He began his career selling baby books door-to-door, and later moved onto men’s clothing and finally the golf apparel business where he spent the last 30 years. John helped several small golf apparel manufacturers get their products in the doors of prestigious country clubs such as Pebble Beach, Augusta National & Pinehurst. He was honored to have designed and manufactured a cashmere sweater for the USA Ryder Cup team, as well as personal golf wear for Greg Norman. For 20 years, he traveled annually to the PGA show in Orlando, where he was in his element. John loved spending the week with not only customers, but with dozens of his rep buddies who he knew across the country. Many who were his best pals. His skills and personality flourished over the years. His accounts were high-end country clubs in Palm Springs, Las Vegas, Arizona, California & Hawaii. He was well respected in the golf industry. John had the good fortune to golf at Pebble Beach, as well as many other clubs only one would dream of playing. The friendships he formed over the years were priceless to him. His humor and wit will be greatly missed by those lucky enough to have known him. John lived in Palm Springs for 20 years and enjoyed the good life. The countless friends and relationships established in Palm Springs are cherished memories. His children will remember many trips to the dessert including their visits to The Nest, Palmers and The Grille. In his leisure time, he enjoyed golf, watching, and attending U of M football games, Red Wings Hockey and eating a nice meal while drinking a “glass of clear” (Chardonnay). John was an avid cook who could prepare a Roast Beef dinner like no other. He could also grill a perfect steak or swordfish with all the sides. John knew his way around the kitchen, even baking apple & pumpkin pies. When he was in the kitchen, he did things his way, he was feisty like that. We learned to stay OUT OF THE WAY and let him have total control. He had an affinity for picking/pairing a great wine with dinner. To say that he was one of the best dressed men is an understatement. John was quite dapper when it came to fine attire. He knew the importance of a properly puckered tie (centered of course), a lightly starched, cuff linked shirt, the just right fold of a colorful pocket square, the perfect navy blazer, and gray slacks (cuffed) finished off with the proper slip-on loafers and cashmere socks. His classic look will always be remembered and admired. John’s faith in God and love of praise and worship music will lovingly be remembered. Cranking up the Mormon Tabernacle Choir or U of M fight song on his sound system could be heard throughout the neighborhood. He loved singing the praises. On his last days in the hospital, we played the song Open the Eyes of my Heart Lord by Michael W. Smith. He was singing along. John had a good life, he was colorful, he made a difference in countless other lives, under the radar. He loved all his children and grandchildren. He is now resting in Heaven with his mother, father, and sister. As well as his granddaughter Riley. And likely shooting the breeze with his best pal, JZ! Funeral services will be at 3 PM on Sunday, December 19, 2021, at O’Brien-Eggebeen-Gerst Chapel, 3980 Cascade Road SE, Grand Rapids, Michigan, 49546, with visitation one hour prior. Internment Chapel Hill Memorial Gardens. Memorial contributions can be made to Beacon Hill, 1919 Boston St. SE, Grand Rapids, MI 49506.