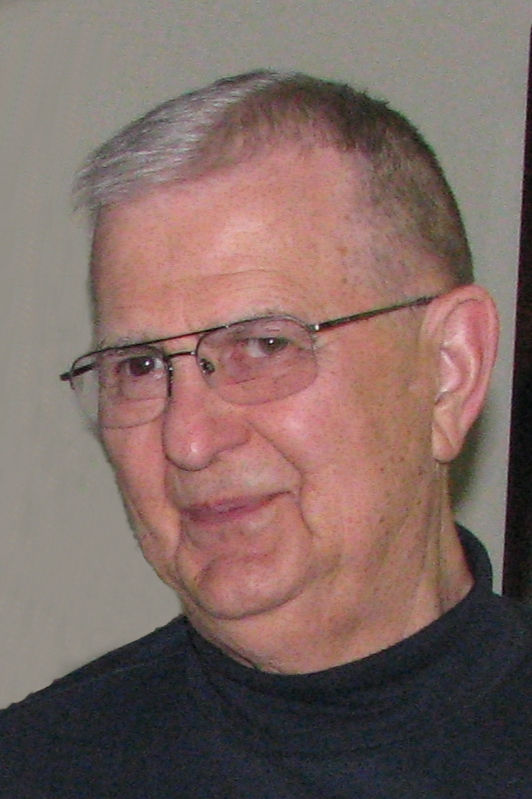 Joseph Andrew Sleziak, 93 years old, was called home to God the morning of May 21, 2022.  He is now united with his wife, Barbara, who passed away in January 2022. They will spend their first heavenly anniversary together on June 9th.

Joseph was preceded in death by his loving wife, Barbara; his parents, Harriet, and Karl; sister, Agnes; brothers, Raymond, Robert, and Alvin.  He is survived by his two daughters, Sr Katheryn Sleziak, OP of Grand Rapids, and Jamie Sleziak VanDeusen and husband, Jeff of Marysville, MI.  He will be missed by his three grandchildren, Christopher VanDeusen (Ania) of Reston, VA, Adam VanDeusen of Bloomington, IN, and Kathryn VanDeusen LeMerise (John) of Victoria, Australia.  He is also survived by his cherished great-grandchildren, Zosia Jadwiga VanDeusen and Tomek Sleziak VanDeusen of Reston, VA.

Joseph grew up on the West Side of Grand Rapids, MI.  He attended St Adalberts School and Union High School.  He was honored to serve his country in the U.S. Air Force and proudly wore his U.S. Air Force Veterans hat whenever he went out.

Joseph and Barbara were married on June 9, 1951, at St. James Church.  They raised their two daughters in Grand Rapids and then Dearborn, MI.  Joseph loved spending family time together with activities like swimming, tennis, playing catch and camping.  At the end of his workday, his daughters always knew he couldn’t wait to come home and play with them!

Joseph worked as an Insurance Auditor for several years with The Hartford, Accident, and Indemnity Company and Transamerica Insurance Company.

Throughout his life, Joseph took much enjoyment in playing cards with family and friends.  No matter how tired he was, he was always up for a game of setback.  Joseph could be counted on to share a good joke or riddle at the dinner table at Heather Hills.  He was also known for finishing off each meal with ice cream, always topped with chocolate syrup!

The family is grateful for the care given to Joseph by the staff at Heather Hills and St. Mary’s Hospital.

A funeral service has taken place for the immediate family followed by interment at Holy Cross Cemetery in Grand Rapids, MI.  The family is planning a graveside celebration of Joseph and Barbara’s life for family and friends later this year.