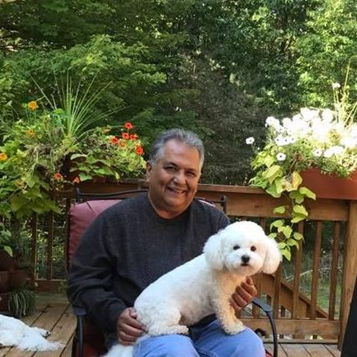 John (Juan) Xavier Moreno, 71, departed this world surrounded by family on Ash Wednesday March 2, 2022, in Grand Rapids, Michigan.  A funeral service will be held at his beloved Basilica of Ste. Anne de Detroit, MI, on Monday March 7th at 9:30am.

John was born in 1950 to Fransisco and Juanita Moreno.  John was always devoted to his family and Catholic faith.  Consistent with his faith and personal values, he was driven by his strong sense of community, humility, perseverance, and integrity.  These values inspired his pursuit of higher education to include a master’s degree in bilingual education.  Subsequently, John touched the lives of thousands of children as a teacher at Southwest Detroit Schools including: Harms, O.W. Holmes, Maybury, McKinstry, and Newberry.  He also worked at the Acosta Center’s Migrant Program.  He went on to become an administrator at the Detroit Public School Central Office as a Language Arts Specialist as well as Bilingual Administrator in the Office of Bilingual Education.  Finally, he was the first Principal at Roberto Clemente from 2002-2005.

After his retirement, John continued his love of education by taking a variety of classes in writing. His sharp wit, creativity, sense of humor, and love of family are forever captured in his published story, “The Hole in the Wall: A Moreno Brothers Saga.”  In addition to being a talented writer, he was also an avid photographer and was known for his stunning photos with superimposed inspirational quotes or scriptures.  He was a highly spiritual person with a passion for nature, birds, and all living creatures including his beloved dogs: Gracie and Peaches.  He enjoyed all of life’s seasons, but his favorite was fall.  Perhaps most importantly, John loved his family and friends beyond measure.  He had special and unique relationships with all those dear to him.  John cared deeply about the well-being of others.  One could easily lose track of time while engaged in deep conversation with him. He truly left a legacy that will live on through the many lives that he touched.

He is now reunited with his parents Fransisco and Juanita Moreno, brother Jesse Moreno, and sister-in-law, Cynthia Moreno.