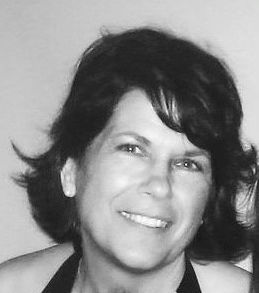 Contributions may be made to:

On Tuesday, November 24, 2020, Kathleen Command, devoted wife and loving mother of three children, passed away at the age of 68 with her family by her side.  Kathleen Longo was born December 7, 1951, in Grand Rapids, Michigan to Julianne and Michael Longo. Kathy grew up in a close family with 7 brothers and sisters, and as you can imagine, the house was always entertaining. She attended Catholic Central High School (class of ’71) and was the class Homecoming queen. Soon after graduation, she set off with friends on a backpacking trip through Europe with her long straight hair and bell-bottom jeans. On April 30, 1976, she married Jim Command. They raised two daughters, Katie (Turner) and Korie (Gregg), and one son, Sean. After raising her children into adulthood, she began a second journey and became an esthetician at Design 1 Salon in Cascade. During her time there she made friendships with many of her clients and co-workers. Kathy had a passion for people and making others happy. Anyone who knew Kathy will remember the feeling of joy she brought to every conversation. She thrived on interacting with people and always asked about them, never concerned about herself. Hearing and telling a funny story was her favorite. “Wanna hear something funny” was her trademark phrase. At the drop of a hat, Kathy would help anyone in need. She was small in stature, but always willing to chip in or take charge of any situation. Kathy was the rock of her family, as she would sacrifice anything for Jim, Katie, Korie, and Sean. In the last years of her life, she experienced “the light of her world” as she said, her grandson Owen Gregg. They became the best of friends and had a bond that will never be broken. Kathy is survived by her husband James Command, children Sean Command, Katie (Dustin) Turner, Korie (John) and grandson Owen Gregg; brothers and sisters, Michael (Sue) Longo, Janet (Frank) Ventura, Maureen Milanowski, Tom Longo, David Longo, as well as many nieces, nephews. Kathy was preceded in death by her mother and father Michael and Julianne Longo (Leonard), sisters Marianne Casarez, Elizabeth Jermstad, and brother-in-law John (Jack) Milanowski. A celebration of life will be scheduled for a later date to ensure the health and safety of loved ones. In lieu of flowers, a donation can be made to Catherine’s Health Center.