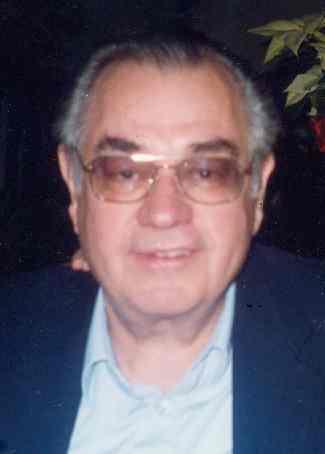 Lawrence Kris DeMaagd, age 81, passed away Thursday, October 10, 2019.  He was born January 11, 1938 in Grand Rapids, Michigan to Cornelius and Ann (Winters) DeMaagd.  He was preceded in death by his brothers James DeMaagd and Bernard DeMaagd, and by his sisters Jane Brainard and Ellen Bazen.   He is survived by his life partner, Loreen Russo, who shared 24 years with him; by his daughter Karen (Danny) Souza, his son Edward (Erin) DeMaagd, and his daughter Susan (Eric) Welling; grandchildren Megan Souza, Amber (Jacob) Raber, Steven DeMaagd, Tarah (Erick) Knuth, Joshua (Sarah) Feirick; eight great grandchildren; his sister Carolyn (Joe) VanBemden, his brother Roger (Joanne) DeMaagd, and brothers-in-law Marinus “Mart” Bazen and George Brainard and many nieces and nephews.  Lawrence worked 42 years for Michigan Consolidated Gas Company as an auto mechanic. He liked to tinker with things and fix them.  His favorite sayings were “ack haden” (okay then), “Hello Young Lovers” (a Montavani song) meaning ‘oh good, I won,’ “Hooie Haristikite”(astonishment), “Holy Christianity” (instead of swearing), “Judas Priest” or “Judas Mudulindy” (instead of Jesus Christ), “LK44, Loutcha, Poucha, Pete” said by Lawrence’s father which means Lawrence Kris weighed 44 pounds (as a child), “nit noy” (a small amount), “Oct-tow-ya” (October), said by Dorothy Gazen, “Shelly or Shully up” which means shut up by Harold Gazen on Hawthorne Street,  “Vos Skelteron” means what’s happening,  “Wouldn’t you like to live forever” (a name of a cartoon, said when something good happens), “Woman won’t you weep for me?” (a Roger Miller song), and “Ya, ya, Young-a” (an older person said this to Larry when he was young).   He liked Neil Diamond songs “I Am, I Said,” and “Sweet Caroline.”  He liked “Send in the Clowns” and hummed “Amazing Grace” a lot.    Following Larry’s wishes, there will be no services.  Memorial contributions may be made to the charity of one’s choice.