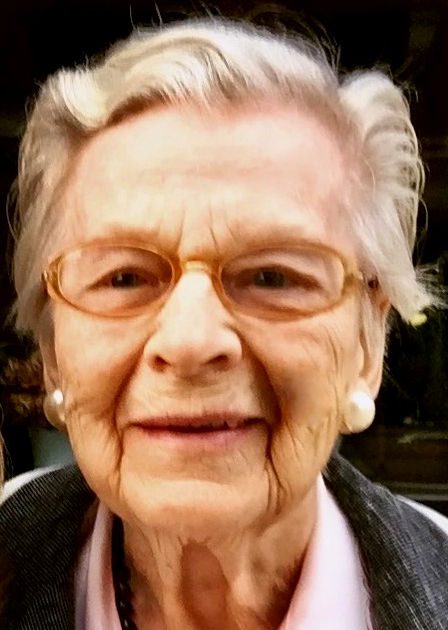 Linda Hermine Rudzitis (Laucis) was born to Otto Laucis and Helena Liepkajs on June 24, 1926, in Riga Latvia and died October 20, 2022, in Grand Rapids MI. She was raised by her aunts and stepmother after losing her mother at the age of 5. Due to the subsequent upheavals of WWII, Linda was forever separated from her father and beloved Latvia, taking her to Germany where by divine fate she met the love of her life, Gunars Rudzitis. After several years in a displaced persons camp, largely filled with fellow Latvians, she continued her journey and immigrated to Greenville, MI in 1949. After a long-distance courtship, she married Gunars on March 1,1952 and they built a long life in East Grand Rapids for their family. Linda was a very good mother to her 3 daughters, a role she was meant for and one she cherished until her last moment. She will be remembered for her love, kind spirit, sending cards and well-known red hat.

In memory of Linda, charitable contributions may be made to Latvian Center Garezers, 57732 Lone Tree Rd, Three Rivers MI 49093 or Veterans of Foreign Wars (vfw.org)

We thank the staff at The Oaks of Byron Center and Kindred Hospice for their compassionate care of our mother.