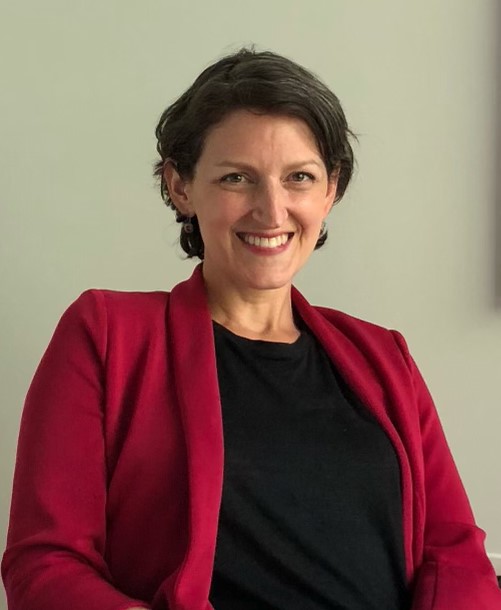 Lucinda Jane Shair, mother-of-two and Founder and Principal of Lucy Shair Financial, died on Wednesday, January 6, 2021.  She was 43 years old and the cause was breast cancer, which she battled since 2015.  She lived in East Grand Rapids, Michigan.

Lucy grew up with her twin sister Sarah in Champaign, Illinois.  She enjoyed music, singing in different choruses throughout her life, and playing the trumpet in orchestras and jazz bands into college.  Lucy attended Illinois Wesleyan University where she studied French and International Business.  She lived in the international house on campus, where she met many of her lifelong friends and fostered her love of languages, becoming fluent in French, and cultures.  In high school and college, she parlayed these interests into travel, masked as study, and managed to spend almost a year total living in France.  She possessed a profound, life-long, sense of justice, which manifested itself in all manner of arenas, from slapping handsy Frenchman on the Metro, to developing a recycling program at multiple schools and businesses.

Following college, Lucy joined the accounting firm of PriceWaterhouse Coopers, launching a long professional career in many areas of accounting and finance.  While with the firm, she earned her Master’s in Accounting from the University of Southern California and achieved her CPA.  In the pinnacle of her forensic accounting practice, Lucy managed a section of the Federal effort to compensate victims of the September 11 attacks, working for over a year on the Victim Compensation Fund under Special Master Kenneth Feinberg.  Lucy later worked for DePaul University in various accounting and administrative capacities, identifying means to accomplish the school’s mission to bring college education to underprivileged students.

In 2002, through her sister, Lucy met Stephen Baker, whom she married in 2006.  During their courtship, Lucy drug Steve to Paris, where they became engaged at the gates of the Jardin du Luxembourg.  Following their marriage, the couple lived in Chicago and were blessed with two children: Jane in 2008 and William in 2010.  In 2014, the family relocated and made their permanent home in East Grand Rapids.

Through the children’s schooling and community involvement, Lucy nurtured her passion for school policy and political activism.  Lucy served for a year as co-president of the PTA at Breton Downs Elementary and headed the East Grand Rapids PTA’s legislative committee, advocating on public school issues.  She later served as a Kent County Democratic Elector in 2020.

Lucy approached her disease as she did all things in her life—head on—adopting the path of the buffalo charging into the storm.  Following her initial diagnosis and treatment through 2016, Lucy entered remission and shifted her professional interests to financial planning with the goal of empowering women through financial planning and strategy.  With that goal in mind, in 2018 she founded her own firm, Lucy Shair Financial, where she built a vibrant practice helping individuals and families recognize their goals and plan for retirement.

Lucy enjoyed nature and many hobbies associated with it, including hiking, fly fishing, kayaking, and gardening.  To that end, she could identify many trees, plants and birds, and loved to purchase and inherit various plants and flowers, some of which she actually planted.  She loved reading and spreadsheets, planning and organizing, dancing and singing, most of all with her children and wider family.  She camped often and she and her family visited her family cabin in Vermont annually.

In lieu of flowers, the family asks that you consider exploring the mission of making a donation to the Kids Food Basket at https://kidsfoodbasket.org/.