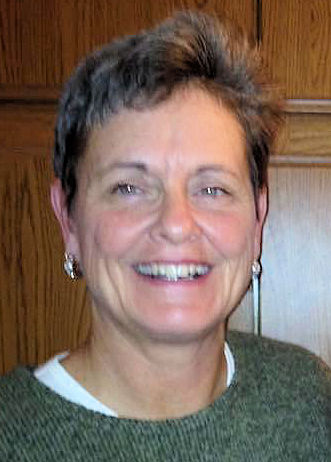 We lost a gem too early. Maureen (Mo) Kay Doyle, 62 of Grand Rapids, Michigan passed away due to complications from a cardiac arrest on Friday, May 1st, our most beautiful day to- date in the 2020 calendar year. During her final days, Maureen was physically surrounded and supported by close family members. She also was able to receive additional phone calls and webcam visits from family members and friends.

May 1st was a fitting day for Mo to transition to her spiritual afterlife. Within many cultures, this day is recognized as “spring’s rebirth”, encouraging people to come together to celebrate life. Mo celebrated and enjoyed life every day. If you knew Mo, you were witness to her profound happiness and enjoyment of life every day. Maureen would always say, “Let’s have fun!!”

Conversation came very easily for Mo and she really knew how to tell a story to make it so much more interesting. Maureen was also sometimes mischievous and had a wonderful smile that could light up a room. She was such an authentic human being and expressed herself with an abundance of exuberance and conviction. Maureen was a fighter and had beaten breast cancer.

Maureen was born on April 3, 1958 in Lowell, Michigan to Charlie and Dolores Doyle. Maureen was the third child of four children and her mother called her baby number one because her little sister, Michele, arrived nine years later. Maureen was a loving sister and very good friend.

Maureen graduated from Lowell High School in 1976, during the year of our bicentennial. She was the student class president and homecoming queen in her senior year. After graduation, Maureen pursued her bachelor’s degree in Education and Health from Northern Michigan University. At Northern, Maureen played on their field hockey team. She started as walk–on and became a scholarship player. After graduation Maureen pursued teaching with multiple schools and was also a camp counselor at Camp Tapawingo in Sweden, Maine where she led the swimming program. During one of her holiday visits home, she decided that she missed Michigan and her family and friends and soon returned to Grand Rapids to stay. Maureen saw the opportunities of working for UPS (United Parcel Service), and shortly after moving back home she was offered a full-time job as a delivery driver which she accepted. She retired from UPS in 2017 after 30 years of service. At her retirement celebration, Maureen was inducted into the Circle of Honor, which is a very prestigious award given for twenty-five years of safe driving with the UPS. Very few drivers are able to achieve this accomplishment. Maureen seemed to be more proud of this award than her thirty years of driving!

Maureen had many hobbies and interests. She enjoyed bicycling and swimming and had even participated in a few triathlons. Maureen enjoyed traveling. Her two favorite destinations were Key West, Florida where she was able to spend quality time with her family, and the Upper Peninsula of Michigan where she had attended college. Mo was a card shark and enjoyed many games. One of her favorite games was Euchre because she was able to enjoy time with siblings and close friends. During her retirement, Maureen had a lot more time to enjoy life. Many times, Maureen would prepare a meal for Peggy, her wife, with inspiration from the TV show “Chopped”. She enjoyed jigsaw puzzles and reading and began volunteering in 2019 at the Garden View Café at Spectrum Health Blodgett in EGR.

Maureen was preceded in death by her father Charles R. Doyle of Lowell, her grandmother Alice Baut of Lowell, many aunts and uncles and her friend Terah Bishop who was the catalyst for Maureen meeting Peggy, who was the love of her life.

To honor Maureen, consider watching her favorite movie, “It’s a Wonderful Life” or “Big Fish.” Maureen certainly knew how to tell a story to make it so much more interesting and enticing, and sometimes enhanced it beyond what had actually happened and it was great!

In lieu of flowers, the family suggests making a contribution in her name to one of the following organizations: The American Heart Association, Lowell Pink Arrow Pride or Spectrum Health Foundation.

Maureen’s family would like to thank the Grand Rapids Firemen of Engine 3, and the following teams from Spectrum Health departments: Emergency, Infectious Disease, Cardiac ICU, and Hospice. Peggy would like to personally thank Maureen McCrone and Susan Sparta for taking care of Maddie and their home, for bringing Peggy clean clothes and most importantly, for their prayers and spiritual guidance.

A celebration of Maureen’s life will take place at a later date (TBD) when family and friends can gather together to share stories, remember many great times with her and wish her well on her new journey.