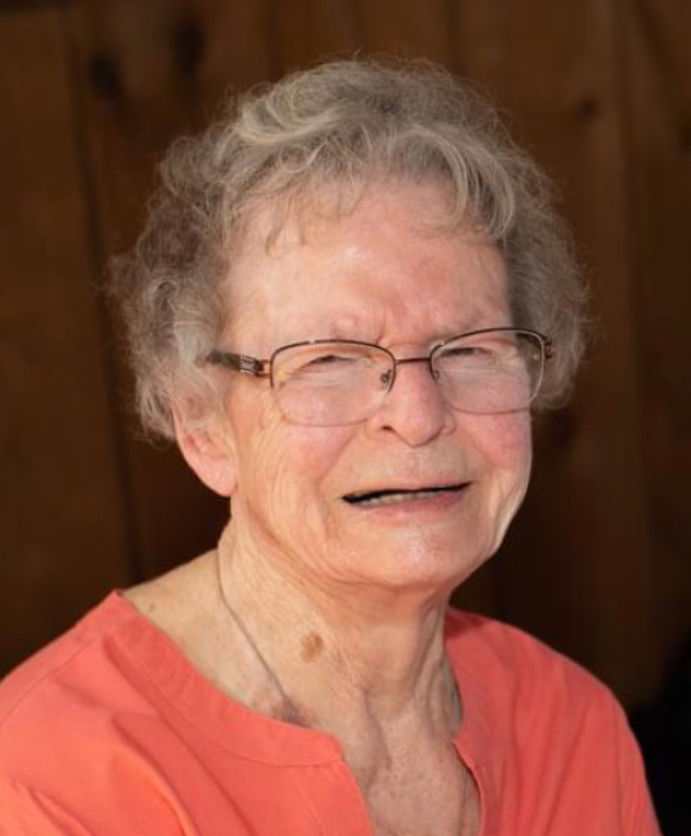 Nina “Gran” Smith, aged 97, was welcomed into the presence of Jesus on Tuesday Dec 7. We liked to tease her and say she was “older than dirt,” which always made her laugh. You may have known her as Nina or Aunt Nina, but most people knew her as Gran, even if you weren’t related to her. Nina Alice Oversmith was born on April 17,1924 in Nashville, MI. She had 1 brother and 6 sisters, all of whom she outlived. In 1944, she married Alvis (NOT Elvis) in Oklahoma, where oddly enough, her last name changed from Oversmith to just Smith. A few years later, they moved to Portland, Oregon, where their son, Bob, was born. In 1947, they moved to Bath, Michigan, where they welcomed a daughter, Pam, and another son, Ken. In 1958, the family moved to Grand Rapids, where Gran got a job at GM working 25 years sewing car seats on the upholstery line. Gran loved the simple things in life. She was an avid gardener, a master sewer and knitter and played a mean game of cribbage. If you ever had the pleasure of going to a meal at Gran’s, you got a taste of her old fashioned southern cooking. She would have put the Food Network chefs to shame with her biscuits and gravy, boiled dinner or her famous pecan pie. If you ever played scrabble or Words with Friends with her and she beat you, it was most likely because she was cheating. She would never admit that, but a lot of us thought her use of the scrabble dictionary was a tad questionable. But we’ll let that slide. If you were married or had a baby since the 70s, you probably have something hand knit from Gran. Maybe a set of dish rags and towels, an afghan or baby blanket or some highly coveted slippers. While we are saddened, we won’t see Gran again on this earth, we are rejoicing that she is whole and walking upright again in heaven without that darn cane. Gran, you won’t have to clean your glasses so that you can hear better or change those pesky hearing aid batteries ever again. But if we could ask you one more thing, could you please leave the gates of heaven ajar for the rest of us? We sure will miss you! Nina was preceded in death by her husband Alvis and her son Bob. She is survived by her daughter Pam and son Ken Smith; favorite daughter-in-law, Jan, and two of the best sons-in-law, John Brummel and Jake Vander Wilp; stepdaughter, Jannie; grandchildren Brett (Rachel) Smith, Shannon (Glenn) Crabtree, Jenni Stout and Jon (Jessica) Brummel; great grandchildren Raenen, Caitlyn, Rachel, Evan, Robbie, Riley, Reagan, Nevaeh, Taylor, Jordan, and Jaxson; And many, many nieces and nephews.