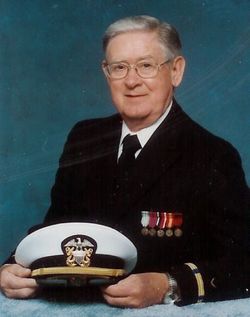 Norman L. Myers (84),an Ohio native and Winter Park, Florida resident for the last 20 years, passed away with his son’s loving family in Grand Rapids, Michigan on Saturday, November 26th, 2016. Memorial services will be held at the First Baptist Church, 1021 N. New York Ave., Winter Park, Florida on Saturday, December 3rd at 1:30 and at the Derby United Methodist Church, 11792 London Rd., Derby, Ohio on Thursday, December 8th at 11:00 am. He will be laid to rest at the Arlington National Cemetery.

Myers was a proud 24-year US Navy veteran that included service in the Korean War. Employment included the Supreme Court of Ohio (10 years); United Way of Franklin County, Ohio (4 years); Nationwide Children’s Hospital-Columbus, Ohio (25 years); along with consulting with Arnold Palmer’s Hospital for Children and the Orlando Amateur Athletic Association, both in Orlando, Florida.

He was a member of genealogical and historical societies in Ohio, Kentucky, Indiana and Florida. He was also a member of the Ohio and Lawrence County’s First Families, Civil War Families and the Settlers and Builders Societies; the Central Florida Chapter of the Sons of the American Revolution; the Winter Park Country Club; the Stag Club of Winter Park, Florida; the Ohio State University Alumni Association; the OSU Alumni Club of Central Florida; and the First Baptist Church of Winter Park, Florida. He was also listed in the “Who’s Who in America-2000”.

Myers was a sought after public speaker and published author with numerous presentations, articles and book titles about genealogy, family research and fund raising to his credit.

In lieu of flowers, contributions in his memory can be made to the “Norman T. Myers & Effie Myers Endowment Fund” at Nationwide Children’s Hospital Foundation, 700 Children’s Dr., Columbus, Ohio 43205 or to the “Music Fund” of the First Baptist Church of Winter Park, 1021 N. New York Ave., Winter Park, Florida 32789-2599 or to the Central Florida Chapter Sons of the American Revolution, 368 Croton Dr., Maitland, Florida 32751-3114