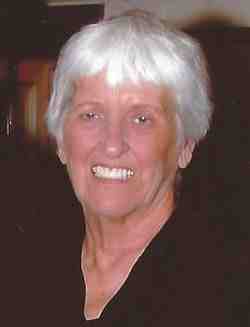 Passed away January 6, 2014 at Sunrise Cascade Senior Living Home. Patricia was born June 29, 1934 in Detroit, MI, the daughter of Florence Guenther and Ralph Thomson. She graduated from Cheboygan High School in Cheboygan, MI in 1952 and from Michigan State University in 1956 with a B.S. in Business/Retailing. She remained an avid MSU fan for her entire life. After graduation, she was employed as a Department Manager at a department store in Cincinnati, OH. In 1958, Pat married Darrell Traynor, who preceded her in death in 1981. They eventually moved to the Grand Rapids, MI area, where she raised her family of 3 girls and 2 boys. During this time, she was an active volunteer in the community schools, youth groups and St. Robert’s Church in Ada. In 1987, she became a permanent resident of Marco Island, FL. Over the years, she was employed by the Marco Island Marriott Hotel, Marco Island Appraisals, and the Marco Island Eagle Newspaper. She was also staff of the Marco Island Film Fest, the SW Florida Soapfest, as well as being involved with The Marco Players Theatre as the Hospitality Coordinator, Box Office Manager, and Treasurer and member of the Board of Director’s. Late in her life, Pat developed an avid interest in Steamboating on America’s rivers, taking over 50 trips on the Legendary Delta Queen, and her sister boats the Mississippi Queen and the American Queen. She is survived by her two sons and three daughters: Tom, of Cascade, MI; Terri, of Grand Rapids, MI; Sue, of Grand Rapids, MI; Jeff, of Parnell, MI and Kathy, of Naples, FL. Funeral services will be held Saturday 11:00 a.m. at O’Brien-Eggebeen-Gerst Chapel, 3980 Cascade Road, Grand Rapids. Rev. Leonard Sudlik officiating. Interment Cascade Cemetery. Visitation Friday 2-4:00 p.m. and 6-8:00 p.m. In lieu of flowers, donations in her memory may be sent to: The Howard Steamboat Museum, PO Box 606, Jeffersonville, IN 47131-0606