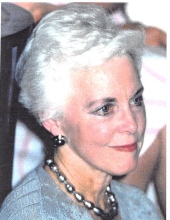 Musicians of the San Antonio Symphony

Patricia Grady O’Brien, 98, passed away peacefully at the Village at Incarnate Word, San Antonio, Texas with her family at her side.

Patricia lived in Grand Rapids, Michigan for 90 years before moving to San Antonio to be closer to family.  She was the daughter of Josephine Cusick Grady Darling and Stafford R. Grady, step-daughter of Sydney Darling. Patricia was married to Gerard T. O’Brien for 47 years, until his death.

Patricia graduated from Catholic Central High School, Grand Rapids Community College, and Michigan State University, and taught for many years in the Grand Rapids Public Schools. She was an advocate for Peace and Justice while a member of the Peace & Justice Committee of the Catholic Information Center.  She volunteered at Degage Ministries, the Healing of Racism, and welcomed refugees into their new homes in the United States.  She also volunteered at God’s Kitchen and Meals on Wheels.

In Grand Rapids, Patricia was a member of the Catholic Information Center, Parish of St. Stephens, and the Dominican Center. In San Antonio, she was active in the Village of Incarnate Word community, where she worshipped and made many dear friends.

Patricia supported the arts, attending the opera, ballet, the Grand Rapids Symphony for 70 years, and the San Antonio Symphony for the last 8 years of her life. Patricia loved all music – especially Classical and Jazz. In San Antonio, she enjoyed attending concerts performed by the SOLI Chamber Ensemble. A life-long learner, Patricia was a member of the Grand Forum of Grand Valley State University, and participated in book study groups at the Village of Incarnate Word.

She enjoyed travelling in the US and abroad. Her favorite times were summers spent at Lake Michigan with her children, grandchildren, and dear friends.