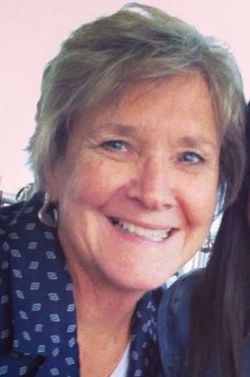 Loving mother, daughter, sister, aunt, best friend, and inspiration to all who knew her, Peggy passed from our presence on Sunday, November 27, 2016 at the age of 66 after a determined and courageous battle against cancer. Peggy was born on July 17, 1950, to William S. and Hilda Reed. She graduated from Caledonia High School and then earned a Bachelor’s Degree in Education from Central Michigan University. After teaching in Boulder, Colorado, and the Caledonia school system (Kettle Lake, 4th grade), she returned to college to pursue a career change and earned a Master’s Degree in Occupational Therapy. In addition to putting that Degree to use at Mary Free Bed Rehabilitation Hospital, she also taught classes on the subject at Western Michigan University, trained AARP members, and volunteered as a tutor. Additionally, she was active in Families for International Adoption and often spoke to various committees and classes on the subject. On several occasions she hosted International students through programs established in the Grand Rapids area. Anyone who knew Peggy outside of her professional life was well aware of her active lifestyle and interest in sports. Not only did she enjoy cheering on her children during their sporting events, but routed for the Detroit Tigers every summer and Michigan Wolverines every fall. She also was an avid Pickleball player and it was there her passion for athletic activity was fully realized. She was vital in the development of the sport in Grand Rapids, and even served on the Board of Directors and as Vice President of the city’s official Pickleball club. Peggy enjoyed playing Bridge, Euchre and was an avid reader. While she is no longer with us, her spirit lives on in the countless memories created with family and friends at places ranging from Torch Lake in Rapid City, Michigan, to St. Armand’s Circle in Sarasota, Florida, and so many spots in between. However, the greatest legacy she leaves behind and where her biggest successes can be seen are in her two adopted children. Peggy was preceded in death by her father William S. Reed, and her nephew, Eric Reed. She is survived by her children, Shad and Samantha; mother, Hilda Reed; brothers, Mike (Judy) Reed, Russ (Karen) Reed, Tom (Dawn) Reed; nieces and nephews; Dave, Stacey, Jason, Nicole, Meredith, Andrew, Jessica; also many great nieces and nephews; as well as her very special friend, Doug Wells. Visitation will be held Friday, December 2, from 2:00 – 4:00 p.m. and 6:00 – 8:00 p.m. at O’Brien-Eggebeen-Gerst Chapel, 3980 Cascade Rd. S.E., Grand Rapids. Per Peggy’s wishes, cremation has taken place. A private memorial service will be held with Rev. Frank Graves officiating. In lieu of flowers memorial contributions to Americans for International Aid and Adoption, 2151 Livernois Rd., Ste. 200, Troy, MI 48083.