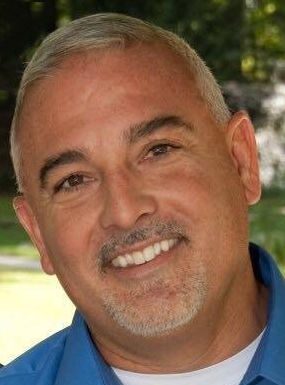 Peter Tuitel Jr, age 54 from Byron Center, MI was called home unexpectedly on April 24, 2021.  Pete was born in Grand Rapids, MI on May 19, 1966. The son of Pieter and Maria, who emigrated to the US from the Netherlands a few years earlier.

Following his active duty in the Army, Pete was a driver for UPS in Grand Rapids, where he was highly regarded by his peers and his customers. Everyone on his delivery route knew him and loved him. He made everyone feel important by always going the extra mile and treating each person with respect, putting their needs above his.

Pete had a successful career in the construction industry where he held many different high-profile roles, representing pre-manufactured steel building manufacturers. Most recently, Pete was the sales manager for Falk Panel, a Dutch company that recently opened its first manufacturing facility in the United States. Pete was especially proud of this role because of his family ties to the Netherlands. Pete worked with construction companies from all over the Midwest and was highly regarded for his attention to detail and incredible customer service.

Pete’s personality, positive attitude, quick humor, and willingness to serve was unwavering. If you needed Pete, he was there, committed, focused, hard-working, and having fun! Pete exuded life and was not afraid to be himself. He was confident and humble, proud and respectful. Pete was a reliable and appreciative son and brother.  He was a devoted and loving husband, he was a strong but sensitive, caring and supportive father.  He was a friend that loved unconditionally. Pete will be missed by so many people fortunate enough to have known him.  He impacted so many lives and will continue to live through everyone he so dearly loved.

Pete was loved by many near and far including special friends in Arizona and Iowa.  Pete was a member of the Grand Rapids Harley Owners Group where he also had many friends.  Anywhere Pete was, he was engaged and involved, from his immediate neighborhood where he was the “guy” to help fix, work, and engage with everyone, to his community where he was actively involved in school and sport functions, and his faith community at Center Church.

In lieu of flowers, memorial contributions can be made to Angie Tuitel care of O’Brien-Eggebeen-Gerst Funeral Home, 3980 Cascade Rd. SE, Grand Rapids, MI 49546. Private services were held for immediate family.  A celebration of life will be held at Douglas Walker Park in Byron Center.  Here is a link to the details that will be continually updated as we gather more information: https://fb.me/e/xhbkLMaq