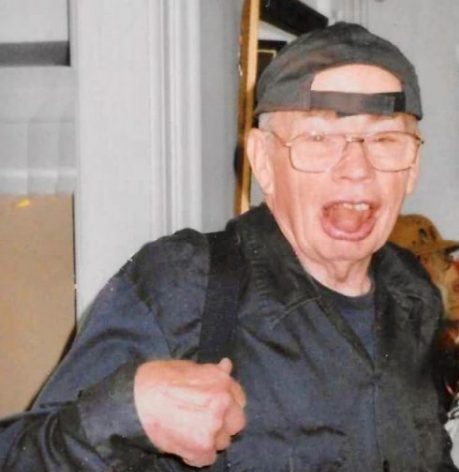 Philip Luther Rice, age 91, of Lowell, Michigan, passed away Thanksgiving Day, November 26, 2020. He was the son of William Johnathan Rice and Gertrude Namoni Morrison, he was born September 8, 1929 in Sioux City, Iowa. His father, William lost his cabinetry business during the Great Depression and moved his family to a farm in Big Rapids, Michigan sight unseen. As they traveled family slept in the fields along the side of the road. Upon arrival they became members of St. Mary’s Catholic Church where the children attended school. Phil graduated from Big Rapids High School in 1948 and married Donna Mae Wilson in 1955. Uncle Phil’s working years began as a boy on the family farm. He was a day laborer in Mecosta County and worked as a roughneck in the oil fields. His longest commitment in Big Rapids was to Miller Orchards just down the road from their new home. Eventually they moved to Grand Rapids where Phil had a number of different construction and landscaping jobs. Finally, because of all their hard work they were able to buy their “forever” home on thirty acres in Lowell. In his eighties he worked maintenance at Schneider Manor in Lowell. Uncle Phil and Aunt Donna did not have children of their own, but they did have many nieces and nephews. Some of those children they brought into their home during different family situations. He was the “fun” uncle always laughing, telling jokes and family stories. Lake Cadillac was the site of our Rice Family Reunion. Uncle Phil would show up every year with a watermelon tucked under his arm. He would be first in line at the food table, a habit that was repeated at most family gatherings and community potlucks. Being one of nine children there must have been a worry that he might not get his fair share. Phil was greatly influenced by the Great Depression for his entire life. He was frugal to a fault and shared that philosophy with Donna. Buying a new automobile became a challenge. There just aren’t that many stripped-down cars with stick shifts in the showroom. It was said that if he could order it without a backseat he would. They enjoyed Schneider Manor and Jody Haybarker, its manager. She was a kind, trusted friend, and a wonderful conversationalist. This was where they would go for coffee and companionship. Phil was curious, smart, and sharp his whole life. He was so lucky to be able to enjoy his later years. He was interested in other people’s opinions and loved to talk history, politics, sports, and philosophy. He had a wonderful memory for world events and geography. He liked books about our presidents and other world leaders. Uncle Phil would make yearly winter visits to California to spend time with his nephew Darreld. They traveled and hiked the beaches, mountains, and parts of Mexico. Their friendship continued right to the end with morning phone calls to Heather Hills Assisted Living. His niece Doni would travel down to Lowell and fill their pantry every fall. She lovingly prepared and canned fruits, vegetables, sauces, and relishes from her garden. The word free would catch Phil’s attention and niece Laurie was always available at her Salon for a short and sensible family haircut. John caregiver and in-law was there for him, it could be a ride to his doctor, lunch at Denny’s, help with his bills and taxes or a nice long phone conversation about the state of the world or the Tigers or even the Lions. Another nephew, Steve (his birthday partner) made regular phone calls which were so important during the lockdown. Joe, his med tech filled an empty place with conversation and companionship. It was a one on one connection that the rest of us couldn’t provide. Last but not least, neighbors Kathy and Bryan who provided a physical connection when we couldn’t be there, providing transportation, mowing his lawn, snow plowing his driveway and keeping an eye on his home. Philip Luther Rice was the last of his generation. He is preceded in death by his wife of sixty-four years Donna Mae and his ten siblings Peter, William, Lois, Paul, Mary, Gertrude, Helen, Anna, Josephine and Genevy. He is survived and blessed by numerous nieces, nephews, great-nieces, and great-nephews. According to his wishes there will be a small family gathering this summer to scatter Phil’s ashes. 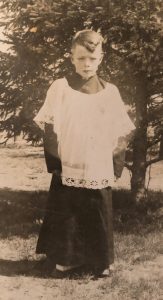