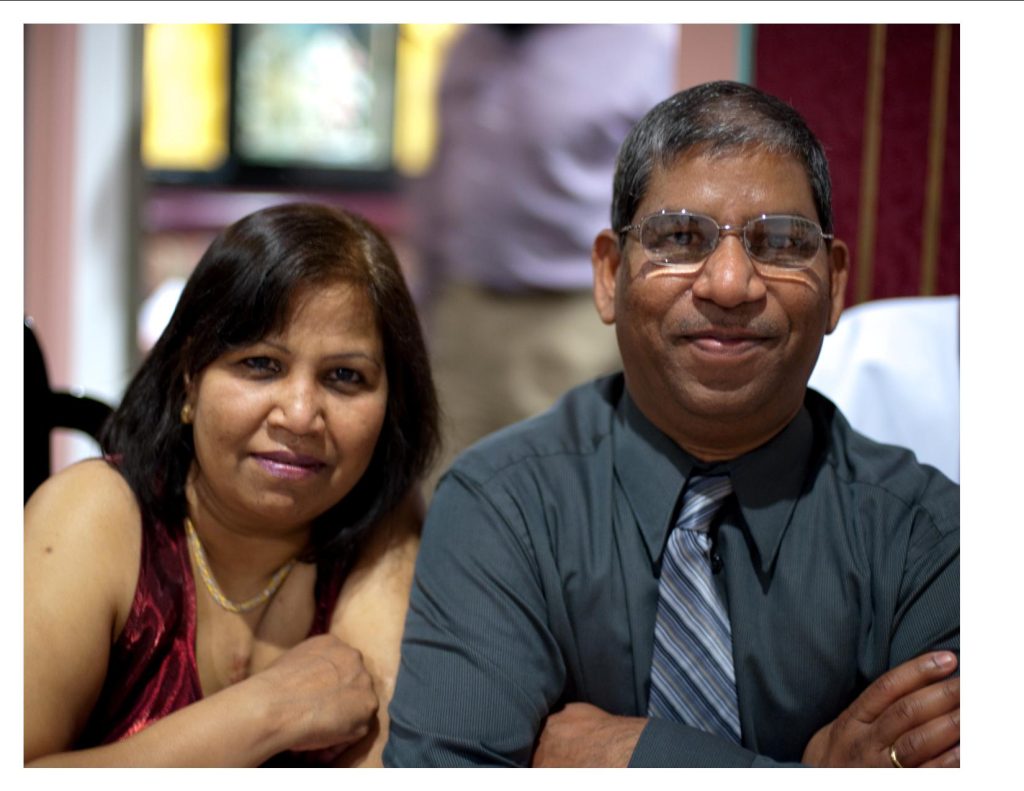 It is with a heavy heart that my brother and I announce the passing of one of the most creative, inspiring, and aspirational people that has graced our earth, our dear mother, Purnima Rai. Through a life of struggle, she fought against all odds, and on June 11th she was fortunate enough to pass in comfort at the Fred and Lena Meijer Heart Center, under the supervision of some of the best surgeons and doctors in the world. On June 6th, mother was feeling weak with a discomfort in her chest. Upon my visit to her that evening, she told me her already-replaced Mitral Valve was up for a new surgery and that the medical staff wanted her in the hospital for three weeks to get her to better health. Despite her condition, she was smiling and full of light. She was fearless and ready to fight for life by going through another surgery after her first one- twelve years ago. She was so confident that I was convinced she’d make it through her stay, but unfortunately, the next day, my visit was a lot more scary. I had arrived around 9pm to receive the news that earlier that day at 3pm, she had suffered from Acute Heart Failure through Mitral Stenosis. She was put on a heart/lung bypass life support machine as a way for the surgeons to find an option to fix her valve. After deciding we would do all we could to save her life, June 11th, the surgeons sat down with us and let us know that there was no long-term option to save her life, and that she could either die in comfort or be forced to suffer with no way out. My brother and I had decided at that time that we wanted mom to not suffer anymore. Together, after her life support was pulled, we held her hands and watched her pass, happy that through an intense life of constant heartbreak, that at least she could have a painless trip into the afterlife. Purnima Silotia was born in Jaipur, India, to her parents, Roshan Lal and Meena Kumari. She grew up in a political family traveling through India, as her father was a powerful politician appointed to the office of Mahatma Gandhi. As a child, she was classically trained in oil painting. At the age of 13, her mother committed suicide in a drastic way of setting herself of fire. Despite this, she received her Masters in Political Science. She could read and speak Sanskrit, and adored history. She married my father, Baij Nath, on March 10th, 1984. My parents moved to the U.S. and started a new life to have two children, Jessica Rai (me,) and BJ Rai. My parents had the opportunity to create their dreams early in life through owning businesses and creating a family, but in 2007, my mother had a heart attack and found she needed to have a valve replacement. After her surgery, it she was recovering well. After 20 years, she began to create works of art again, which is the most inspiring moment in my life, as this would lead to my success as an artist. On October 12th, 2016, her heart was broken by the suicide of my father. It is my firm belief that this heart break lead to a physically broken heart. Nonetheless, she continued fighting for all she had, continued being my hero, as a strong woman – who against all odds, always was a sincere and kind woman who strived to inspire others. Mom will have a live viewing open to all those who would like to say their last goodbyes. Viewing: Friday, June 14th, 2019 at 1:00 pm to 3:00 pm Eastern at O’Brien-Eggebeen-Gerst Chapel, 3980 Cascade Road SE, Grand Rapids. Service after the viewing, with cremation to follow. Those who would like to come are invited. Thank you for being our hero, mom. I am happy knowing your heart and soul can finally be at rest with your parents and our dad in the afterlife. BJ and I will always have you in our hearts. The strength that you have given us is the kind of strength where we will always know how to find happiness- against all odds.