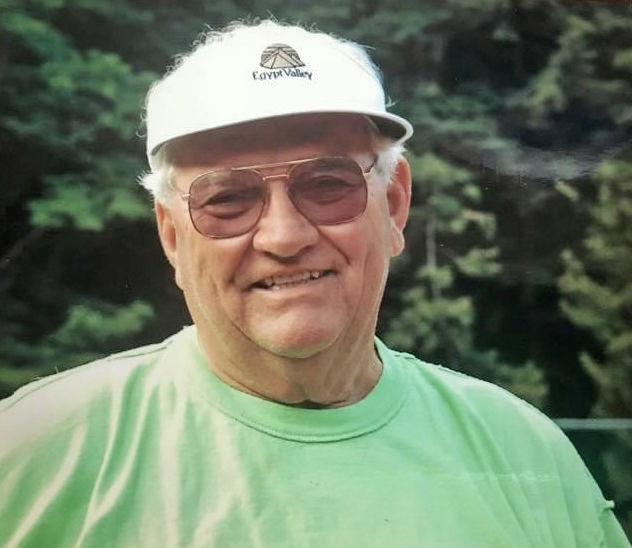 Richard “Dick” Eric Taylor passed on to the “Golden Gate Golf Club of Heaven” on Saturday December 11, 2021 in Grand Rapids, Michigan, surrounded by his loving family. He was 85.

Dick was born in Detroit, MI. After high school, he enlisted in the Marine Corps and served for three years from near the end of the Korean Conflict until 1957 when he enrolled at Central Michigan University, graduating with a Bachelor Degree in Business. Once at Central Michigan, he met his one true love Marilyn (Starkey) and in 1960 they wed, beginning their sixty-one year journey.

In 1965, Dick began to sell for Jostens, which turned into a successful 34-year-strong career and earned him the nickname “Ring King”. He was passionate about people, a job well done, loved to laugh and have a great time, and never turned down a Manhattan. Despite his imposing character, tough exterior and larger than life voice, he had a huge heart and gave generously of his time and money to various organizations throughout his life. Dick fancied himself quite a joke teller, and his delivery was everything.

After moving to Grand Rapids in 1965, Dick joined Second Congregational Church, serving as a Deacon and later as Treasurer. He also attended church services in Bay View, Michigan, where he had a summer cottage for the last 46 years.  He was the designated “Prayer Master”, gathering prayer requests from the congregation each Sunday.

Dick loved his family and friends fiercely.  He worked hard to ensure his values lived on with his legacy by leading through example and from the heart. His smile, laugh, wit, sense of humor, camaraderie, loyalty, and friendship will be forever missed by his family and all those who knew him, including his Bay View “family”.  He especially cherished the One Water Street tennis gang, going on fishing/boating trips with the “boys”, and his weekly coffee “clutch” and workout buddies.

Golf was a cornerstone for Dick. His passion for it began as a young caddie in Detroit and he was self-taught in the sport. After retiring from Jostens, he began a part-time career as a Starter/Ranger at Little Traverse Bay Golf Club in Harbor Springs, Michigan, and for 20 summers ensured those golfers kept pace!

A Dick Taylor style Celebration of Life will take place in Grand Rapids in January 2022. A memorial service at the Bay View Chapel and dedication of his ashes to the Memorial Garden in Bay View is scheduled for July 17, 2022 at 1:30pm, Bay View “Tent” Outdoor Chapel in Bay View, MI, 49770. A brief gathering and refreshments will follow from 2:30-4:30 pm at the Terrace Inn, also in Bay View.  In lieu of flowers, please consider a donation to the Veteran’s charity of your choice, or to Hospice of Michigan, Donation Processing Center, 989 Spaulding Ave. SE, Ada, MI 49301.