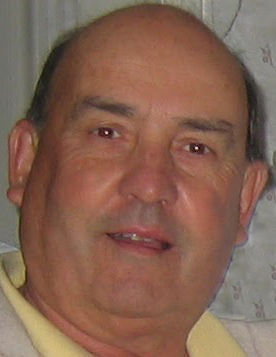 Born June 14, 1935, in White Pigeon, Michigan to Gladys and Harold DeLano, the family relocated to Grand Rapids, Michigan. Richard met his future wife, Patricia at a dance hall in Grand Rapids. They resided primarily in East Grand Rapids during their 54 years of marriage where they raised their family.

Richard didn’t often wear a hat, but in practice he wore many hats: devoted son, husband to Patricia, father to Michael, Denise, and Dennis. He was not defined by job title alone. A man without a formal education, he overcame the hardship of growing up with little money with a zealous work ethic and drive to succeed. He was a determined networker before the word became popular, mastering the art of bringing people that had talent to solve problems and create business adventures.

A true entrepreneur charting his life, he built a rental property business, restaurant and started his own used car dealership, which was his work passion. Richard had a big personality and gave generously to those who worked with him and around him, always rooting for and advising those who were facing tough challenges. He felt the most satisfaction when he was able to help those that were needing a place to live, a job or a vehicle.

His pastimes included power boating on Lake Michigan, and he was most at ease with friends and family on boats his boats in Saugatuck and Holland. Family & friends remember his generous nature, kind heart and his mischievous adventures along the way.

The family is deeply grateful for the care provided by the many caregivers during his illness, as well as the entire staff at The Inn at Freedom Village in Holland, MI.

The family will meet with friends, neighbors, and relatives during visitation hours from 5-8 PM on Friday, April 22 at O’Brien-Eggebeen-Gerst Chapel – at 3980 Cascade Rd SE, Grand Rapids, MI 49546.

A celebration of life will be held on Saturday, April 23 at 11:30AM at O’Brien-Eggebeen-Gerst Chapel.

Memorial gift contributions may be made to the Grand Rapids Community Foundation – Fund for Prosperity in Richard’s name at 185 Oakes St SW, Grand Rapids, MI 49503.