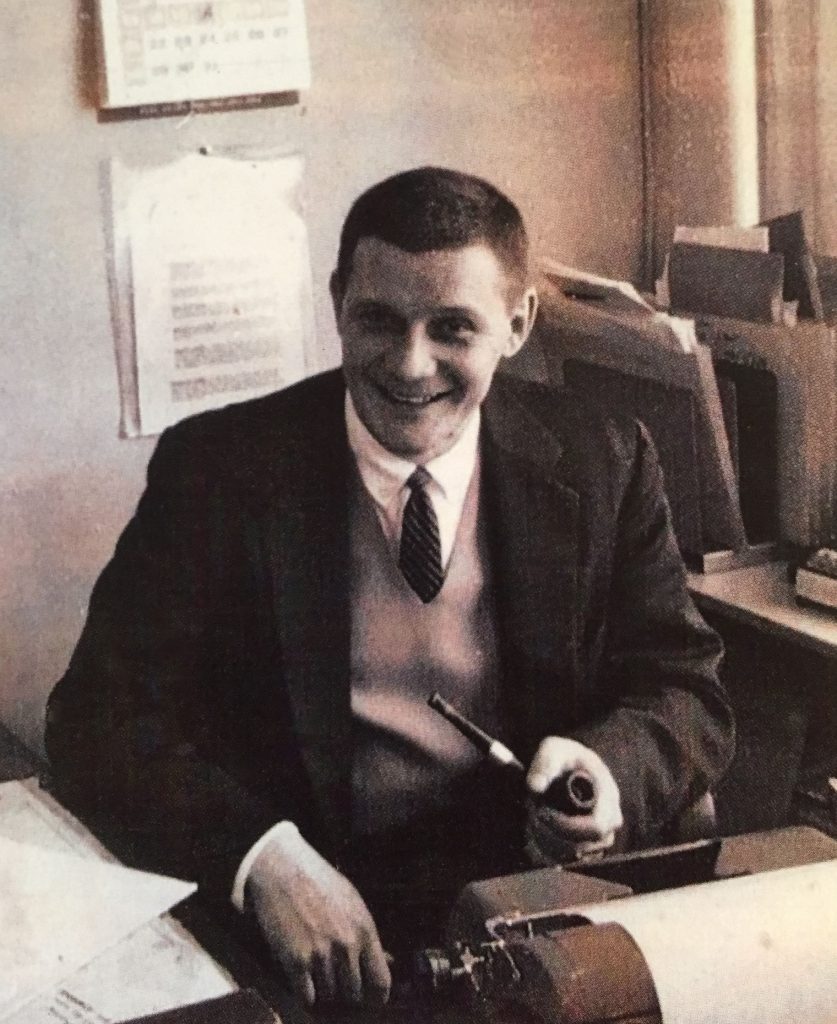 Richard Thomas Lang went to be with his Lord on January 9, 2021 at the age of 92. He is preceded in death by his dear wife Rosemary (Mead) to whom he was married for 64 happy, fun-filled years.    During those years they were greatly blessed by their eight children James (Lorie), Nancy Lang, Jonathan (Nancy), Mark/Moose (Amy), Thomas (Deb), Mary Jill Povey (Scott), Robert (Jane), and Susan Nealy (Greg); 15 grandchildren and 5 great-grandchildren.  He is also survived by his sisters Mary Louise Esch, and Patricia (Ken) Kunst.  His brothers Robert and David preceded him in death.

A life-long Grand Rapids resident, he graduated from St. Stephens School and Catholic Central High School, served in the U.S. Army Medical Corp. in Germany after WWII, and graduated from Michigan State College, where he earned his B.A. degree in Journalism.  While there he also headed the Michigan State News, the student-produced daily campus newspaper. He worked as a copywriter and account manager in the advertising industry for 34 years, ultimately serving as president of Sefton Associates, Inc., a major Grand Rapids agency with clients throughout the Midwest and overseas.  He retired in 1986.

Over the years he developed a keen interest in fine art and worked on his painting skills, stealing away to his basement studio on a Sunday night to paint, listening to classical music, while a kid or two looked on.  He was a founding member and early president of Grand Valley Artists.  He produced more than 500 works of art, primarily oil paintings, in addition to watercolors and wood carvings.  He also displayed his work at several local one-man art shows.  He loved poetry.  One of his favorite lines, taken from a Shakespeare sonnet, reads “For nothing in this wide universe do I call, save thou, my Rose; in it, thou art my all.”  Other favorite quotes include:  “It takes a heap o’ livin’…” “Study hard.” “Make good choices!”  “Leaving for mass in 15 minutes …”

After he retired he spent more time in his studio painting, reading hefty history tomes, traveling extensively in Europe with Rose and friends, and sailing on Lake Michigan near the family cottage, where he also spent many hours trying to figure out sleeping arrangements for the multitudes.

Codge (so named by his sons) was blessed with a strong faith, and imbued with an eternal optimism; he was unflappable, calming, and wise.  He embraced his father role as a trusted advisor and touchstone to his kids throughout his life and encouraged them to see beauty everywhere – in a dewy spiderweb, a fallen leaf, a rough sea – and to find joy in each day.  He will be greatly missed.

A private Mass of Christian burial will be celebrated Friday, January 15, 2021 at 11:00 am and may be viewed at https://www.youtube.com/watch?v=x-YUtEhgAAI&feature=youtu.be  with plans for a memorial service to be held this summer.  Donations to a favorite charity in lieu of flowers.