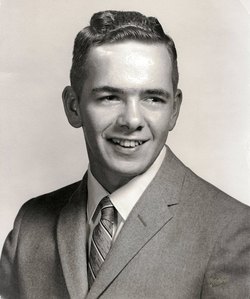 Roger Allen Stiles, of Haslett, Michigan, died quietly at home on June 12th, 2016 at the age of seventy four. He is survived by his sister, Mrs. Barbara Jean Clark (Stiles, Packard) of Lyons, Michigan, His brother, James R. (Christine) Stiles, of Lansing, Michigan, six nieces, two nephews, and many great and great great nephews and nieces. He was preceded in death by his parents, Arther H. and Marion Elizabeth (Betty) Stiles (Everhart), of Belding, MI, Michigan and two brother-in-laws; Ronald N. Packard of Mattawan, MI and Richard Clark, of Lyons, MI. Roger was born on February 2nd, 1942 in Belding, Michigan. He graduated from Belding High School in 1960. He was strongly supportive of his family. No project was too small to lend a hand to completing. He was a social, active man who was involved in the Prem Rawat Foundation for the majority of his life. He lived for many years in Florida and traveled all over the world before returning to Michigan. He enjoyed visiting, gardening, riding his motorcycle, and helping others. His family and friends will always remember him as a man who loved them and was willing to show it by being there whenever he was needed. In lieu of flowers, donations can be sent to Brain Injury Association of Washington DC, 1232 Seventeenth Street, NW, Washington, DC 20036, The Epilepsy Foundation, 1200 N. W. 78 Avenue, Suite 400, Miami, FL 33126, and The Prem Rawat Foundation, PO Box 24-1498, Los Angeles, CA 90024.