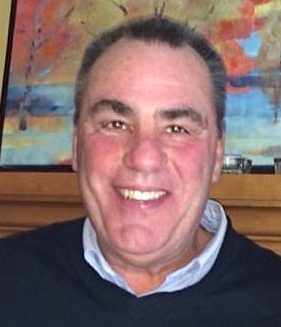 Gift of Life Foundation of Michigan

Steven James De Fouw, age 66, of Canadian Lakes, Michigan, formerly of Grand Rapids, passed away unexpectedly at his home on January 15, 2021. Steve was born November 19, 1954 in Grand Rapids Michigan. He graduated from Forest Hills High School and Eastern Michigan University. He worked in industrial sales for his entire career.

Steve loved the outdoors and spent many days in the UP, fishing with brother-in-law Lon at Dutch Fred Lake, and later at Paradise Ends Here, the cabin he co-owned with the Underwood clan. He and his friends shared many adventures exploring the UP on their snowmobiles. Steve’s appreciation of the outdoors led him to move from Grand Rapids to the Canadian Lakes area in 2012.  Shortly thereafter, he met the love of his life, Melissa. Together they shared their love of nature with quiet walks in the woods in search of wildlife. Steve’s idea of a perfect evening was spending time with Melissa, cooking at home, and then watching the Spartans win.

Steve’s family and friends meant the world to him. “Fo” was a sincere, humble, and loyal friend with a great sense of humor. He was always eager to lend a helping hand. He was known as the “numbers guy” and fiercely punctual, but tolerant of friends and family who weren’t. He was a beloved uncle to his nieces and nephews, distributing ‘snake bites’ to forearms, jumping the waves in Grand Haven, searching for Smokie Bear in the UP and carrying out pranks on a regular basis.

Steve was an all-around athlete, playing baseball in high school and college. After a successful pitching career at Grand Rapids Junior College, he continued to enjoy sports, playing golf, tennis, softball, and basketball. He was competitive, but the ultimate good sport. Steve was especially proud of his record of completing 1,000 basketball games with friends before he retired from the sport.

Steve’s family is planning a celebration of life later in the year. In lieu of flowers, donations in Steve’s memory may be made to Gift of Life Foundation of Michigan https://giftoflifefoundationmi.org/contribute-now/