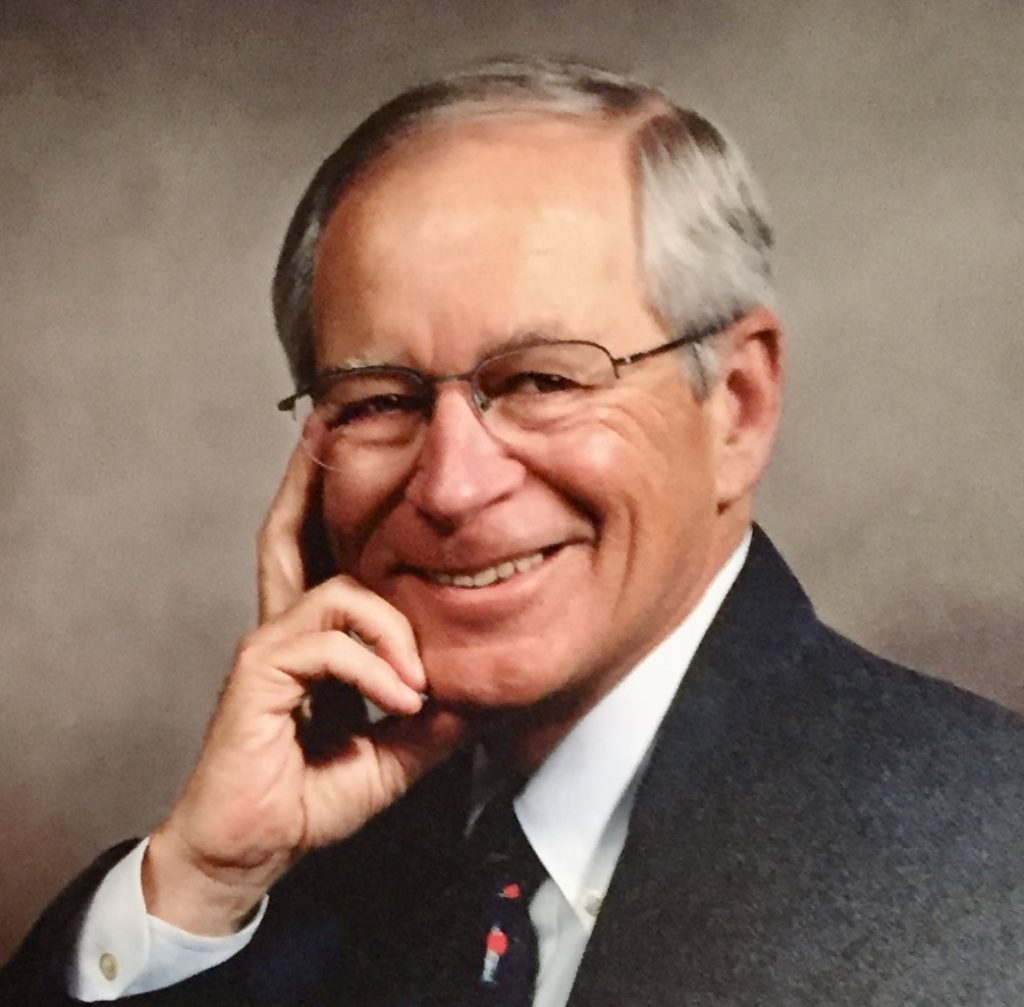 Gift of Life Foundation of Michigan

Terrence Michael Patrick O’Rourke died at home with his family by his side on Thursday, November 26, 2020.He was preceded in death by his parents, John and Jean O’Rourke; his sister, Sharon O’Rourke Borkovec; his son-in-law, Dennis Theisen; and precious daughter, Kathleen (Kathy) O’Rourke.  He is survived by his wife, Maureen; daughter, Maggie Theisen; son, Terry Mike (Carla); grandchildren, Grady and Claire Theisen; numerous cousins and nieces and nephews.  Terry was born in Grand Rapids, Michigan on August 4, 1938, attended Holy Name of Jesus Catholic elementary school, Catholic Central and Wyoming Park High School, where he was class president at Catholic Central and student council president at Wyoming Park.  Terry graduated with a Bachelor’s degree from Aquinas College in Grand Rapids and his Master’s degree in hospital administration and health services from the University of Minnesota.  Working and keeping methodical records was in his nature.  He kept a written log of his work hours and money earned, even as a young boy, when he worked for muck farmer, Jake Osterbrook.  During his teen years he worked at Robert Hall clothing store, Eberhard’s grocery store and Reynold’s Metals prior to joining the Army.  His Army training was at Fort Hood Texas where (and he told this story many times) he was stationed with another young soldier from Tupelo, Mississippi by the name of Elvis Presley.  In 1960 he met Maureen Corbett, married in 1961 and the two began many years of adventures, travels, friendships, challenges and laughter.  While working at St. Mary’s hospital in Grand Rapids in the early 60’s, Terry felt he wanted to pursue a career in hospital administration.  He completed his Master’s degree and began his hospital endeavors, first at Abbott Northwestern Hospital in Minneapolis, then Madison General Hospital in Madison, WI, and Wausau Hospital Center in Wausau, WI.  In 1984 he took the job as CEO at Blodgett Memorial Medical Center in his home town, Grand Rapids, MI.  He was very involved in the merger of Blodgett and Butterworth hospitals, and served as CEO of Spectrum Hospital until his health issues in 1998 made his decision to retire.  Too numerous to include are the many boards and civic organizations on which he served.  Over the  years, Terry was challenged with various health issues including lung issues, kidney cancer and heart problems.  In October of 2002, he underwent a successful heart transplant at the University of Michigan in Ann Arbor.  Terry loved golf.  Period.  Loved golf.  He formed many close friends bonding over hitting that little white ball.  He had fond memories of more than one visit to St. Andrew’s in Scotland, not to mention his hole in one at Blythefield Country Club.  He is no doubt remembered at Cherokee Golf Club, Wausau Country Club and Kent Country Club where from time to time, a few inappropriate words##**spoken when a golf shot did not go as expected.  After his retirement and heart transplant, he and Maureen built a home on Lake Michigan and it was here that he found much solitude.  With a glass of wine in hand they loved watching the sunset over the lake.  The deaths of his daughter, Kathy, his son-in-law, Dennis Theisen, and his only sibling, Sharon Borkovec, were heartbreaking for him.  His family, friends and faith gave him comfort.  His greatest pride were his children and grandchildren!  Spending time with his son, Terry Mike, conversing with his daughter, Maggie, over business and “corporate” things or simply giving”his” advice to his grandchildren, Grady and Claire made his day!  Visitation will be Thursday, December 3 from 5:00-8:00 PM at the O’Brien-Eggebeen-Gerst Chapel, 3980 Cascade Rd. SE.  Mass of Christian Burial will be offered Friday, December 4 at 11:00 AM at St. Robert of Newminster Church, 6477 Ada Dr. SE, Rev. Leonard Sudlik, presiding.   Both locations will be following COVID protocols of wearing masks and social distancing. Interment Woodlawn Cemetery. The family would like to thank the wonderful care Terry received from Faith Hospice during his final months.  In lieu of flowers his wish is for contributions for Gift of Life Foundation of Michigan, 3861 Research Park Drive, Ann Arbor, MI 48108; San Juan Diego Academy, 1650 Godfrey Ave., Grandville, MI 49508; Mary Free Bed Rehabilitation Hospital, 235 Wealthy Street, SE, Grand Rapids, MI  49503; Spectrum Health Foundation, 25 Michigan Street NE, Grand Rapids, MI 49503 and Faith Hospice, 2100 Raybrook SE, Grand Rapids, MI 49546.