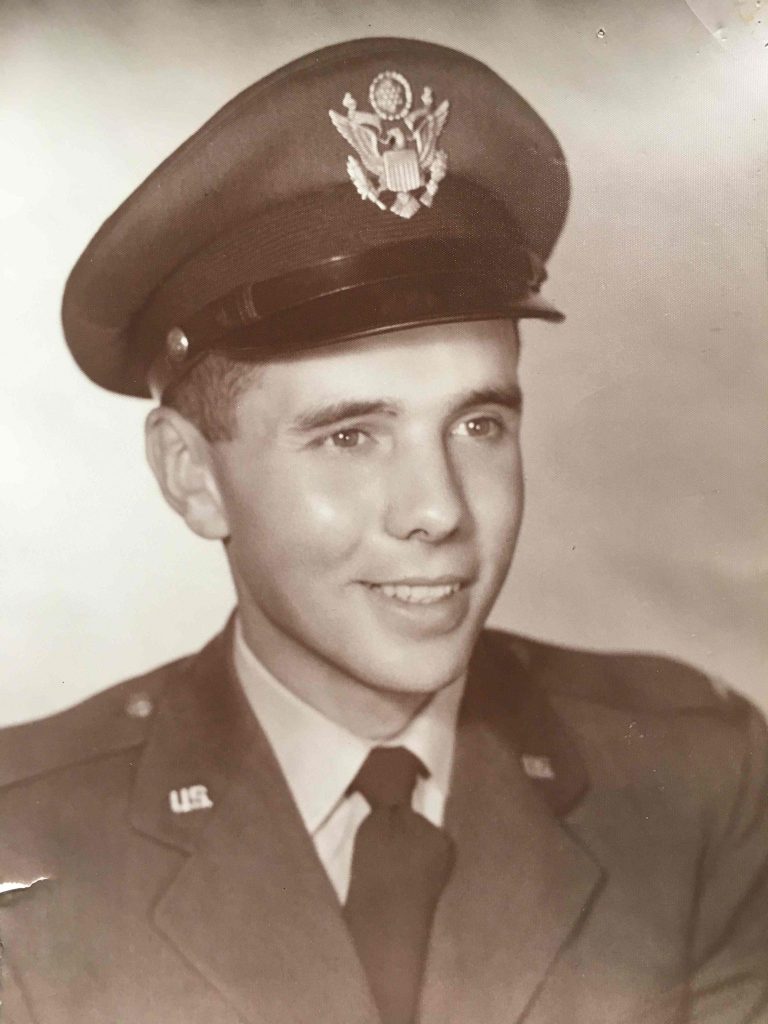 Thomas Frederick Hauck, 90, went home to the Lord on Wednesday, May 22, 2019. He was born on November 5, 1928, in Saginaw, MI where he grew up attending St. Andrews Catholic School and helping his dad in the family shoe repair business. He graduated from the University of Michigan in 1951 with an Electrical Engineering degree and worked a majority of his career for Lear Siegler, Inc., specializing in aerospace/avionics projects with Lockheed, McDonnell Douglas, Boeing and NASA. He was also a United States Air Force veteran, spending ten years in active duty and the reserves. After retiring from Lear, he invented his dream job, teaching science and technology to students at Ada Elementary for 14 years and coaching Forest Hills Central Middle School science club members in Odyssey of the Mind competitions. He was a relationship man through and through, with a deep devotion to those he loved, especially his wife Donna. He also spent untold hours in service to his community as a Thornapple Valley Lions Club member, a Forest Hills Northern Athletic booster, and in anything sports related including coaching, refereeing, announcing and taking team stats. He loved to sail, especially on his Sunfish at Gun Lake. When his young son and daughter declined to sail with him, he’d take Mandy, the family’s 150 pound St. Bernard. He also loved sharing his knowledge of science with his four grand daughters…or any eager young person. He was especially known for his rocket experiments and geocaching treasure hunts at Camp Michigannia on Walloon Lake. He was preceded in death by his wife of 57 years Donna Marie Hauck, parents Frederick and Cecilia Hauck, brother Robert Hauck, an infant sister, and stepmom Cecilia Hauck. He will be deeply missed by his family, including daughter Mary Kay Hauck, son Thomas Frederick Hauck (Michelle), granddaughters Adeline, Caroline, Bridget and Anna, and niece Susan Alles. The family would like to thank Porter Hills Village and his friends at Porter Hills. And a special thanks to his care teams from Emmanuel Hospice and Hospice of Lansing Stoneleigh Residence. Memorial contributions can be made to Thornapple Valley Lions Club, 2007 Conservation Trail, Lowell, MI 49331, Emmanuel Hospice, 2161 Leonard St NW, Grand Rapids, MI 49504 or Hospice of Lansing Stoneleigh Residence, 3411 Stoneleigh Dr, Lansing, MI 48910. The family will meet with friends and relatives on Wednesday, May 29 from 6-8 PM at O’Brien Eggebeen Gerst Chapel, 3980 Cascade Road SE, Grand Rapids. A Mass of Christian Burial will be celebrated Thursday, May 30 at 11AM at St. Roberts of Newminster, 6477 Ada Drive SE, Ada, Rev. Leonard Sudlik presiding, visitation one hour prior to service. Interment St. Peter and Paul Cemetery, Ionia.